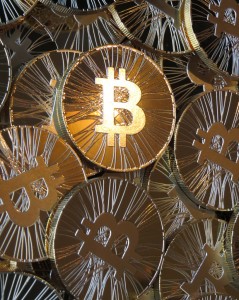 While the mainstream media was distracted yesterday with the possible reveal of Satoshi Nakamoto, something massive was brewing in the blockchain. A long-dormant address moved 180,000 BTC (around $113,500,000 at today’s price) to several other addresses, and then those split even further. The initial address has several connections to Mt.Gox, fueling rampant speculation about who is moving this massive amount of BTC and why.

There are three major theories floating around at the moment:

1: The address controlled by Mark Karpeles. It has long been rumored that Karpeles has personal stockpile of around 200,000 BTC, which would fit the transaction amount. The address has several Mt.Gox connections, as one would expect from the personal account of the CEO. Why would he be moving the money? Is he splitting it up to avoid it being seized by authorities? Or, as Redditor nullc theorizes, is he putting it back into the Mt.Gox hot wallet in an attempt to restart the bankrupt exchange?

People have been asking on IRC why some of it is being broken up. I could only speculate — but that’s what you need to do to prepare a hotwallet to support a high volume of transactions (so you have many coins to spend so you don’t get stuck waiting for your change to confirm while avoiding spending unconfirmed change, which MTGox has always done). … Sturles pointed out to me that the splitting behavior is consistent with the splitLargeOutputs function in the leaked gox source code, suggesting that portion of the coins was dropped into the MTGox online wallet and the system is now automatically breaking it up.

A variation on this theory is that the address does belong to Karpeles, and is being run through the Mt.Gox system, but only as a precursor to trading those coins to pay for the company’s looming legal battles. In this case, the splitting of the BTC is simply what the Mt.Gox system does by default. Running his personal funds through the system would simply be a way of obscuring the source of those funds, or would have been had the Bitcoin community not dogpiled it.

2. The address is controlled by the Mt. Gox hackers, who somehow gained access to the private keys to a massive old Mt.Gox wallet. While there were no reports of this happening, Karpeles did claim that the Mt.Gox funds were “temporarily unavailable” rather than stolen at one point. If this is true, the various test transactions from the now-broken-up BTC funds to addresses associated with gambling site Satoshibones might represent a test of the hackers ability to “launder” the BTC through online gambling.

3. Anyone else, for any number of reasons. Some other massive old address, only tangentially related to Mt.Gox, is moving coins for some other purpose. Perhaps it’s another exchange creating a hot wallet. Maybe it’s an early adopter of Bitcoin spreading the risk that any one address could become compromised. Maybe it’s even Satoshi Nakamoto himself telling us all that he’s more “31337” than the rest of us.

In any case, this transaction represents the largest “days destroyed” (volume of coins times days since those coins were spent) in Bitcoin history It’s a relevant indicator of Bitcoin transaction volume, and with 143,132,916.67 Bitcoin days destroyed by this single, mysterious transaction, you can be sure there’s only more speculation to come.