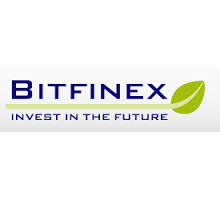 Hong Kong-based bitcoin exchange and derivatives platform Bitfinex announced a new product today: Cloud-based mining contracts. The contracts are being offered in a limited quantity during the “live beta” phase of testing, allowing Bitfinex’s team to “tweak” the product as needed after the initial tranche of 100 TH/s mining power. Should the offering prove successful, Bitfinex plans to offer larger tranches with longer contract terms.

Although best known as the largest BTC and LTC exchange by volume outside of China, Bitfinex is also notable for its bitcoin and litecoin derivatives markets. Fittingly, their cloud-mining “TH1” contracts are eligible to be borrowed and sold short on the exchange. According to the announcement, TH1 will start with a 25% Initial Margin Requirement, but “we see that going as low as 12.5% in the near future.”

The announcement has been met with mixed reactions thus far, with many traders being uncertain of the value of the contract or exactly what the boundaries of the contracts are. Unlike standard swaps and shorts, the TH1 contracts also have dividends from the mining pool to account for, as well as mining pool fees, making shorts a decidedly more risky venture.

One specific concern mentioned by many traders is that the posted mining pool fee is a staggering 3%. By comparison, mining pool giant GHash.io (currently 22% of the overall hashrate) charges a 0% fee. As a result, there is some speculation that Bitfinex’s “pool fee” is actually a thinly cloaked service charge. In any case, the TH1 derivative appears to be aimed at those with little actual bitcoin mining experience. Given how complex derivatives trading and bitcoin mining can be, a product combining both may have limited appeal.