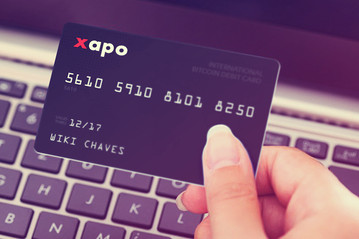 According to the report, the card will be built on an existing credit card network, effectively allowing bitcoin purchases at most mainstream businesses. The purchases will, however, be subject to the same interchange fees. Casares declined to say which network the Xapo system will use, although early test versions were built on MasterCard’s network. Xapo’s banking partner for the system is also unknown.

Xapo claims to have worked out most of the challenges, although the specifics are still largely unrevealed.

The challenges are related to the technological infrastructure [and] banking [and] strategic partnerships necessary to execute this type of payment product,” says Casares. “There have been few institutions that have the experience to execute a product that is essentially a blend of traditional banking and the digital currency. At Xapo we are fortunate to have a seasoned team that has decades of experience developing financial services products.”

One significant drawback to the Xapo system is that neither the merchant or the bitcoin user sees any of the benefits of cryptocurrency transactions. Traditional fees are still paid to the credit card network, and Xapo takes a cut from the sale of the bitcoin-to-fiat conversion. Merchants are still theoretically subject to chargebacks from the cardholder, and often will be unaware that the card itself has anything to do with bitcoin unless they happen to look at the branding on the card itself. While useful as a mechanism for buying at non-bitcoin using merchants, some have claimed that the cards do little to spread direct bitcoin adoption.

As a bridge technology, however, the Xapo card may prove useful for giving bitcoin users a much-needed payment option.