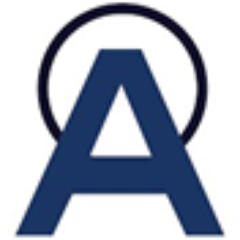 Bitcoin-exchange platform provider Atlas ATS has announced new plans to expand its services into the rapidly growing European bitcoin community. In a press release published yesterday, the New York-based trading company said it will be partnering with Spanish bitcoin company Recol to launch Atlas ATS Europe. European users may know Recol as the operators of the Madrid-based bitcoin exchange RBEX.

Atlas ATS has expanded dramatically in recent months, partnering with the National Stock Exchange in April and with Chinese bitcoin ATM maker BitOcean to launch a new Japanese exchange later this year. Much like the BitOcean arrangement, the Recol partnership includes access to a quickly expanding network of bitcoin ATMs.

In the press release, Recol CEO Ignacio Ozcariz described the partnership as a “key part” of his company’s strategy to become a “global operator” in the bitcoin ecosystem. Ozcariz explained: “In order for Bitcoin and other digital currencies to gain wide acceptance, customers need trusted financial firms to offer them three key components — a trading platform to buy and sell digital currency, a secure wallet to store digital currency, and an ATM network through which customers can access their accounts and convert their digital currency into local currency when they need to. Atlas ATS Europe is going to be part of the most complete, most convenient digital currency service around.”

Although not as well known as companies like BitPay, Coinbase or SecondMarket, Atlas is rapidly becoming a global bitcoin entity with an aggressive expansion plan. The company also has well-known plans to expand into the Canadian bitcoin market, with a beta launch of its trading service expected to launch there later this year. BitOcean Japan, the joint venture between Atlas and BitOcean, is also one of the bidders for the assets of bankrupt bitcoin exchange Mt.Gox.