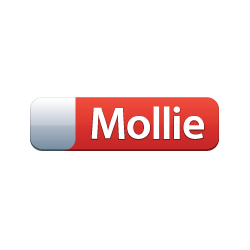 Holland-based payment service Mollie is a major player in the Netherlands, Belgium and Luxembourg, with over 10,000 merchants on its roster. The company works with a wide variety of payment providers, including all major credit cards, PayPal and iDeal, allowing customers a huge range of options. Today, Mollie officially added bitcoin support to its list of online payment options for all its merchant partners. In a single move, the bitcoin community in Northern Europe has gained 10,000 new merchants.

According to a report on CoinDesk, the bitcoin integration happened seamlessly, and without the need for merchants to update their websites. Using a system similar to BitPay and Coinbase, prices are locked in at time of purchase, completely eliminating any risk of volatility. The transaction amount is credited to the merchant’s account in euros within two working days.

This approach allows users to pay in bitcoin without merchants to climb the steep learning curve of bitcoin theory. In fact, many merchants will probably never realize that their customers are buying in BTC. The company’s API is already integrated with major online shopping platforms, such as Shopify and OpenCart, meaning new Mollie users will have bitcoin payments enabled from the start.

According to Mollie CEO Gaston Aussems, mass bitcoin adoption is mostly a matter of making the system as simple and risk-free as possible for merchants. He told CoinDesk: “We believe in the future of cryptocurrencies, as their DNA matches that of online commerce: real time, low transaction costs and cross-border.”