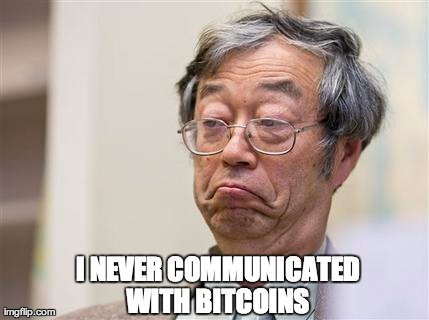 Bitcoin community raises over 40 BTC for Dorian Nakamoto … and counting Within moments of Newsweek claiming to have identified mysterious, possibly pseudononymous Bitcoin creator Satoshi Nakamoto as retired Temple City, California, engineer Dorian S. Nakamoto, many in the Bitcoin community immediately began crying foul. A modest man living a quiet existence with his 93-year-old mother suddenly had his life turned into a media circus, all on the circumstantial evidence of a magazine profile.

Further complicating the situation is the rapidly growing case that Newsweek got it wrong, and that Dorian Nakamoto had nothing to do with Bitcoin’s development, and simply shares a name with its creator. His life has been upturned and exposed, not to mentioned his face turned into a meme, simply because of a reporter’s bad hunch.

In response to this, Bitcoin developer Andreas Antonopoulos posted an appeal on Reddit to raise money for Dorian Nakamoto.

However, if this person is not Satoshi, then these funds will serve as a “sorry for what happened to you”, help with medical bills his family is facing, any legal bills they may incur, or anything else. Most of all, it serves to soften the damage caused by irresponsible journalism and to demonstrate the generosity and empathy of the community, which I know is huge.

Response to this appeal was immediate and significant. As of this writing, over 43 BTC have been sent to the donation address (1Dorian4RoXcnBv9hnQ4Y2C1an6NJ4UrjX), amounting to roughly $28,000.

The fund will accept donations until the end of March, at which point it will be converted into USD and donated to Dorian Nakamoto. If Nakamoto rejects the donation, it will be donated to the charity of his choice. If he refuses to communicate at all, it will be donate to the Electronic Frontier Foundation.