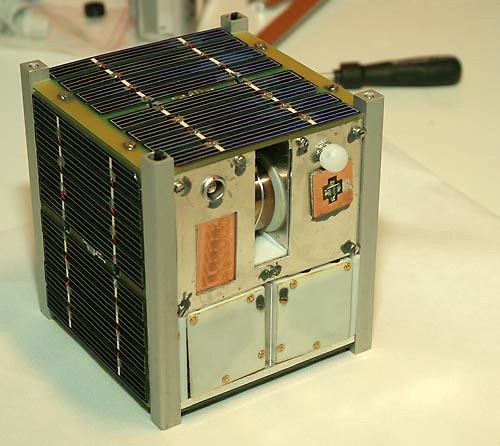 In April, bitcoin developer Jeff Garzik revealed plans to launch a small, orbiting satellite acting as a blockchain node. The fittingly dubbed “BitSat” would act as a one-to-many connection, helping to protect the bitcoin network from a variety of possible peer-to-peer attacks and network outages. Thanks to advances in launch and satellite technology, each orbiting node has a relatively humble cost of roughly $2 million.

Garzik hasn’t released many new details about BitSat since the April announcement, leading some to wonder about the status of the project. In a story published today in Bitcoin Magazine, Garzik spoke with reporter Catherine Bleish to clarify what BitSat is, and where the project stands today.

According to Garzik, the fundamental idea behind BitSat is that the blockchain “benefits from being spread far and wide.” At the moment, there are a variety of technological, political and physical barriers to distributing this information. An orbiting satellite broadcasting the blockchain break through those barriers, transmitting “bitcoin data to anyone who might want it, whenever they want it.”

BitSat will also serve as a “resilient backup,” lowing the cost of running a full node (a P2P node with a complete copy of the blockchain) on the network. This could open the doors for bitcoin adoption in areas without a highly developed internet infrastructure. As Garzik explains:

In areas outside the Western world, or on mobile devices, bandwidth is costly. Running a full node becomes too expensive for many. The satellite makes it possible for these folks to use bitcoin, where they could not, before. … We can also imagine a nearly-off-grid bitcoin solution. The satellite data feed broadcasts bitcoin payment information, so you may receive payments. Sending is another matter. To send a bitcoin payment, you would need a cheap mobile phone (ie. not a smartphone) and SMS.

Garzik went on to explain that BitSat will be free to use, although the cost of setting up a receiver will carry some costs. The receiver design will be free and open-source, but the materials involved could cost as much as $10,000. Garzik said he hopes to reduce that cost to around $100 as further revisions of the design are made.