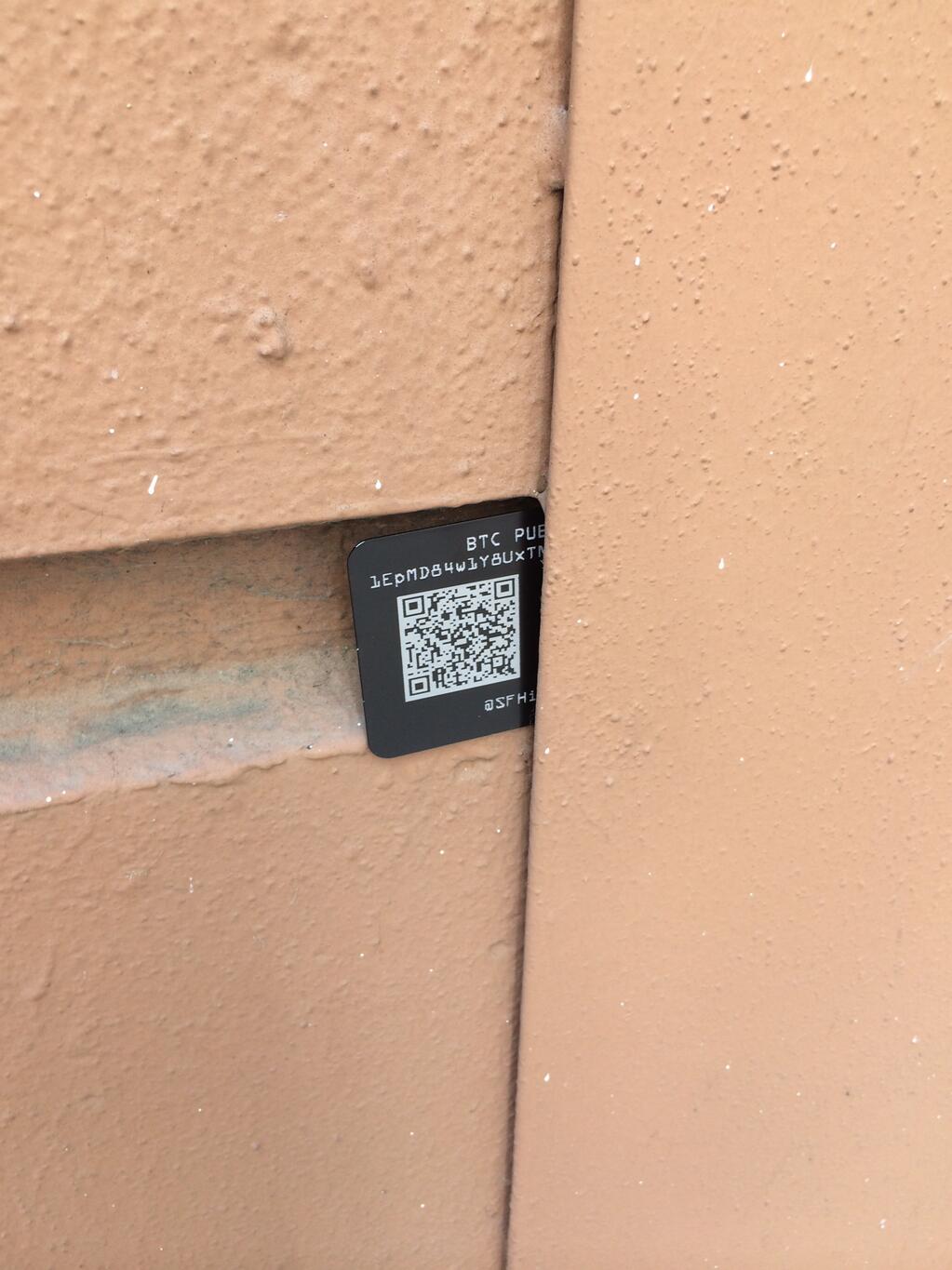 On July 1, a mysterious Twitter user named SF Hidden Bitcoin began a month-long campaign of hiding pre-loaded bitcoin wallets in seemingly random locations across San Francisco. Etched onto thin sheets of black-painted aluminum, the durable wallets bear QR codes linked to private keys with roughly $20 (0.0333 BTC) in the address. The location of each hidden card is hinted at with a series of riddle-like tweets, and thus far each card has been found and emptied within a matter of hours.

With clues like “Its first lover was the greatest, now it has the only one’s left alive” and “You don’t pay $10m for a house without making a few enemies,” the hints do require a bit of local knowledge to work out. (The Castro Theatre was holding a one-night screening of “Only Lovers Left Alive” on the day of the former clue, while the latter referred to a card hidden outside Mark Zuckerbeg’s house.) The Twitter account has managed to pick up nearly 750 followers since its launch, seemingly from word-of-mouth, and gained a significant amount of local press coverage for something with such a small budget.

If this all sounds familiar, it may be because the idea is a knock-off of the @HiddenCash scavenger hunt game created by San Francisco-based real estate entrepreneur Jason Buzi. While clearly inspired by Buzi’s success (the @HiddenCash Twitter page has over 710,000 followers), SF Hidden Bitcoin doesn’t appear to have any connection to the project. Given San Francisco’s reputation as a mecca for tech adoption, and as the hub of the U.S. bitcoin industry, the promotion appears to be having the desired effect of raising bitcoin awareness.