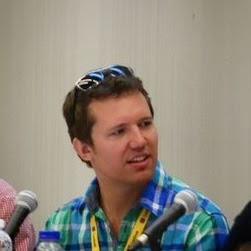 As the developer of the cross-platform Java library BitcoinJ, Mike Hearn knows a thing or two about the status of the overall bitcoin protocol. Until recently, Hearn was a developer at Google, but he recently decided to take the relatively risky step of moving into bitcoin full time. During an interview with the Epicenter Bitcoin podcast, Hearn explained that there were no guarantees of success, and that he’s focusing on is development projects because “I want to see if I can make a living this way.”

While discussing his bitcoin-focused crowdfunding platform, Lighthouse, Hearn mentioned that generating funding was likely to be one of his biggest challenges. Given the massive influx of venture capital into the bitcoin ecosystem in the last year, one might think that a developer as well-known as Hearn, who has been involved with bitcoin nearly from the start, would have no problem finding financial support for his work. As Hearn sees it, however, it’s not that simple. Money for protocol development is scarce, even as bitcoin itself spreads into the mainstream.

“BitPay or Coinbase or whoever … none of these companies wants to be the sucker that is always paying for the upgrades to bitcoin,” Hearn said. “These companies sort of get away scot-free.”

In fact, Hearn sees the current situation as unsustainable, which is one reason behind the creation of Lighthouse. The companies have plenty of money to help out, and the future of their business models depend on bitcoin working well. Until an incentive system is created to get them to chip in on the costs of development, however, the protocol itself will lag behind.

“The only people doing any kind of heavy lifting on the protocol today are people paid by the Bitcoin Foundation,” Hearn explained. “And when I say ‘people,’ what I actually mean is Gavin [Andresen]. There are only three people paid by the Foundation to work on bitcoin, code-wise. And of those, Wladimir [J. van der Laan] and Cory [Fields] refuse to work on the protocol, partly because of the social issues that have come up.”

With so little in the way of development resources, Hearn claims, the protocol is already suffering.

“Basically, progress on the bitcoin protocol has ground to a halt. A complete halt. So this is a crisis period for bitcoin in that sense.”

Hearn hopes that his efforts will decentralize development even further, taking some of the pressure off of the Bitcoin Foundation developers. By opening up his development services to a pledge-based system, he believes that he’ll be “pulled around by the market,” allowing the bitcoin community at large to influence development priorities without bottlenecking the core coders.