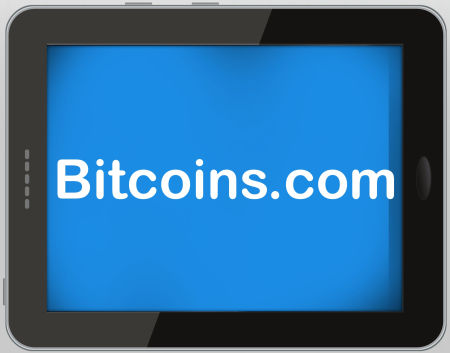 Bitcoins.com domain name to be auctioned off, proceeds split with Mt.Gox creditors Later this month, the Bitcoins.com domain name will go onto the auction block. U.S.-based auction house Heritage Auctions will be selling off the domain to the highest bidder at a special event called Domain Names Signature Auction on July 24 in Dallas. Owned by Mt.Gox CEO Mark Karpeles through Mt.Gox’s parent company, Tibanne K.K., the domain name is considered to be hugely valuable in the increasingly active bitcoin ecosystem, with estimates ranging as high as $1 million.

Although the sale of the domain name has been in the works since May, one additional wrinkle may surprise some of those burned by Mt.Gox’s dramatic collapse: At least half of the sale will go to paying back Mt.Gox’s customers.

In a press release, Karpeles said: “We are hoping, with the sale of Bitcoins.com, to provide some relief to the people impacted by the Mt. Gox bankruptcy and will be putting at least half of the sale amount toward that purpose.”

Even if the auction price does reach $1 million, the $500,000 set aside for Mt.Gox customers is several orders of magnitude smaller than the roughly $500 million the exchange lost through still-unexplained means earlier this year. How such funds will be distributed is also unknown.

The opening bid for Bitcoins.com is set at $185,000. Other high-profile domain names being auctioned off at the event include: CoinVendor.com, AmericanHistory.org, DWI.org, OklahomaCity.com and Cute.com.