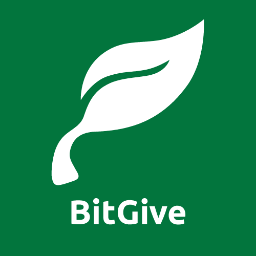 The BitGive Foundation announced today that it has been officially granted 501(c)(3) status from the IRS, making it the first tax-exempt bitcoin charity in the U.S. The organization is now able to provide a tax deduction to donors, including those who donate directly in BTC, greatly enhancing the potential for fundraising. With their new tax status clarified, the foundation is already launching a new fundraising campaign with help from BitPay, Xapo, LibraTax and Roger Ver.

Currently, BitGive is partnered with The Water Project, a nonprofit organization that provides sustainable water projects to communities in sub-Saharan Africa. BitGive hopes to raise the BTC equivalent of $10,000 in the coming months, with over 75% of their goal already in hand. The organization has also facilitated bitcoin contributions for Save the Children for Philippines Typhoon Haiyan Children’s Relief Fund and disaster-relief organization Team Rubicon.

Speaking with CoinDesk, BitGive executive director Connie Gallippi said that the organization’s newly granted tax-exempy status gives the project “legitimacy with the US government,” something that has thus far been a “huge struggle for bitcoin as far as businesses are concerned.”

The nonprofit’s structure funding is similar to an investment trust, allowing it to serve as a payment gateway for bitcoin donations. Gallippi said that BitGive’s current work is mostly done through providing grants, but the foundation has plans to create a bitcoin-backed “endowment” of sorts, enabling the organization to support and create longer-term projects.

Bitcoin’s potential as a low-cost tool for instantly funding nonprofit organizations and projects across the globe may soon become a major topic of conversation. Both BitPay and Coinbase now waive processing fees for verified nonprofits, and even at standard processing rates the cost of taking donations in bitcoin is a fraction of the cost for traditional bank and credit card transactions. With many nonprofits already operating as close to the bone as possible, BitGive’s story could soon become a powerful selling point for greater bitcoin adoption.