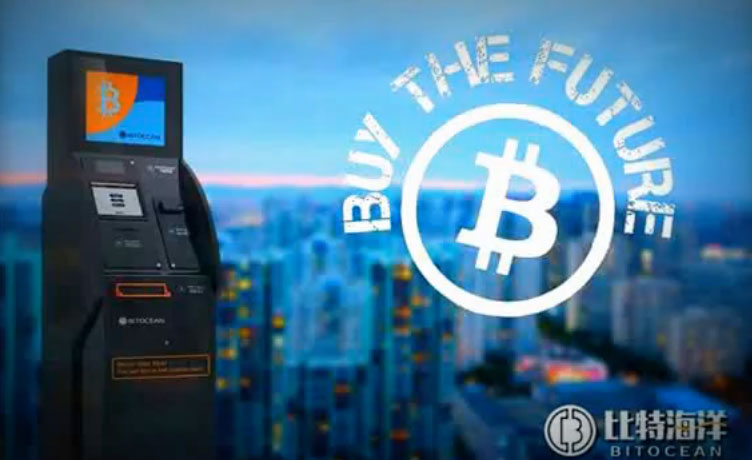 Beijing-based bitcoin ATM maker BitOcean announced the release of a new, two-way machine this week. According to a report on CoinDesk, the kiosk-style ATMs are designed to compete against similar Robocoin and Lamassu machines. In addition to allowing users to buy and sell bitcoin directly from the the ATM through a “bank level experience,” the BitOcean machines also fully support know-your-customer (KYC) and anti-money laundering (AML) requirements using services provided by Jumio. The second-generation system is compatible with cash boxes able to hold up to 3,600 bills in a variety of denominations and currencies.

Speaking with CoinDesk, BitOcean founder and CEO Xiaoning Nan said: “Our major market is Asia now, because in this region we can provide the best tech support for all our customers and partners. But we would like to sell the BitOcean ATM all over the world.” Nan also noted that the ATM’s manufacturer currently supplies ATMs for banks, and offers “the best class of security” available.

According to BitOcean, users will be able to make cash withdrawals from the machines in as little as 30 seconds. The machines will also allow for transaction confirmations through SMS, email, automated telephone calls and printed paper wallets. The machines are highly customizable, allowing the operators to connect to their preferred exchanges via API.

All of those features do come with a significant price tag, however. The BitOcean machines are slated to sell for $10,000 per unit, or around $5,000 less than the comparable Robocoin model.