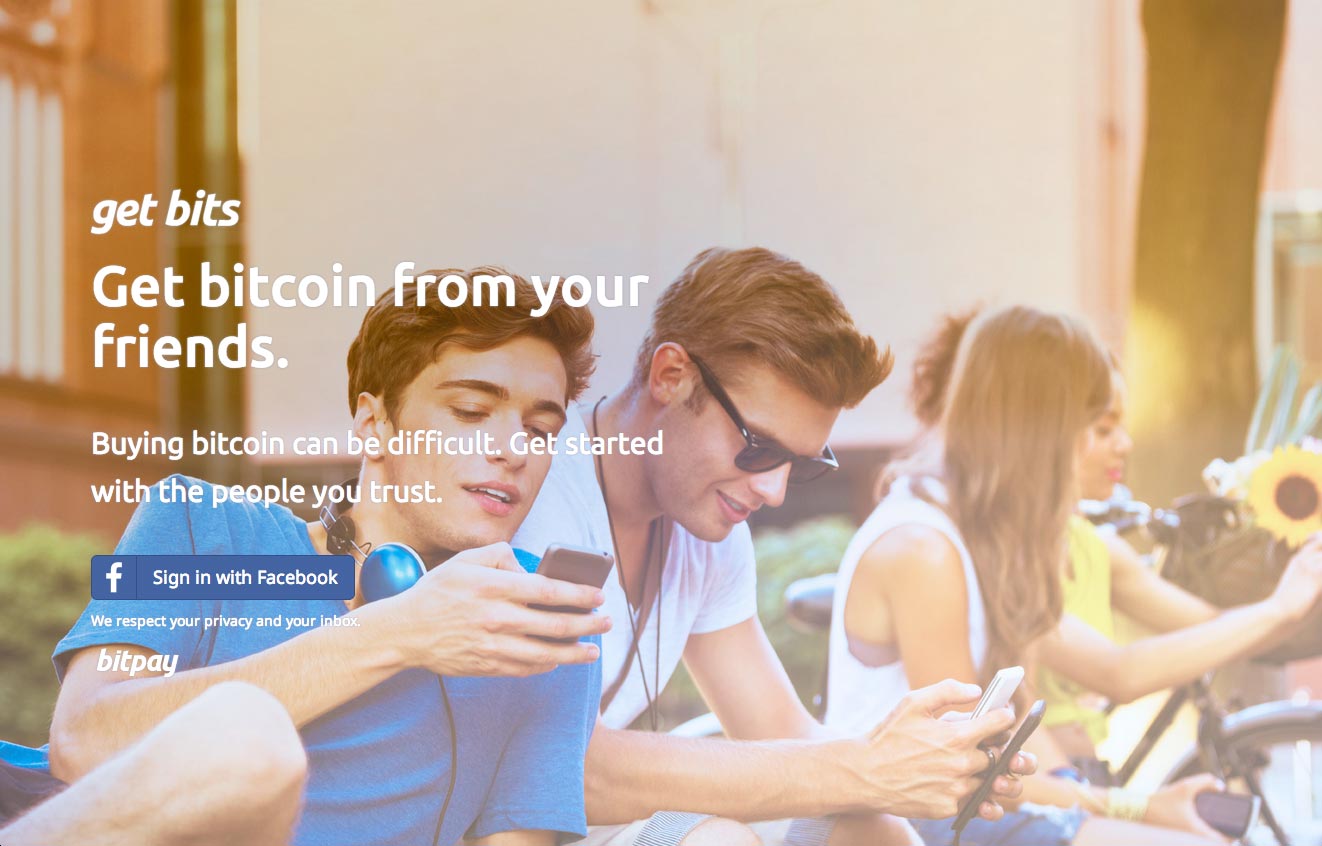 One of the holy grails of digital currency is the ability to break down traditional payment barriers. An app that can send bitcoin to almost anyone in the world as easily as sharing a photo could be a complete game-changer for the entire financial sector. While BitPay’s new Facebook app, Get Bits, isn’t quite that, it’s definitely a big step in the general direction.

Get Bits allows users to send bitcoins to each other directly from one Facebook account to another. In effect, it’s a hosted wallet tied to Facebook, and extremely similar to the social tipping systems seen on Reddit and Twitter. At the moment, the system will only allow two Facebook users who have activated the app to send bitcoin to each other, although it does allow users to invite friends to give it a try.

Perhaps more interesting than the app itself is the presentation. Get Bits is squarely aimed at getting those who have bitcoin to share with those who don’t. As the app’s homepage explains: “Buying bitcoin can be difficult. Get started with the people you trust.” This focus on spreading bitcoin via social media, rather than directly enabling purchasing, is clearly aimed at getting new users to experiment with digital currency in a relatively safe setting. BitPay’s blog post about the app elaborates:

Because Bitcoin is one of the only forms of payment which cannot be fraudulently reversed, selling bitcoin usually requires some level of trust in the buyer. To deal with this, Get Bits currently leverages the world’s largest “web of trust”, Facebook. As better decentralized solutions emerge, Get Bits will continue to evolve.

One thing not mentioned is the obvious use of such a system: Remittances. Assuming both users had a means to easy convert bitcoin to local currency (perhaps the long-awaited Circle platform, for instance), friends and family could easily and securely transmit money to each other via Facebook. Although similar systems already exist, such as QuickCoin, Get Bits has the not insignificant advantage of being backed by one of the world’s largest bitcoin payment companies. With an increasing number of companies now directly accepting bitcoin, and several third-party companies providing bitcoin-backed gift cards, it’s not impossible to see bitcoin use increase even if new users never bother with a cash payout option.

BitPay’s plans appear to be much larger than simply a Facebook app, however. The post noted plans to release an API for Get Bits, as well as standardize the protocol itself. This would mean that Get Bits could be integrated into existing wallet, allowing for social-media enabled payments across any bitcoin platform. Sending and receiving money via Facebook and other social media could, in fact, happen just as easily as sharing a photo. BitPay even goes so far as to claim that this could be a means of starting a fully functional peer-to-peer exchange.