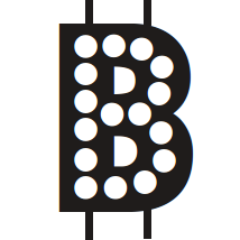 Bitcoin purchasing platform Bittylicious announced an exiting development just shy of its one-year anniversary: E.U. citizens are now able to use credit and debit cards to purchase bitcoin through the site. The U.K.-based company already offers a standard payment options, such as bank transfers and mobile payments, but the ability to irreversibly purchace BTC through chargeback-prone credit card system is a major step forward for mainstream adoption.

Bittylicious is designed to make the Bitcoin buying process as simple as possible, so we are thrilled to allow users to purchase simply by registering and entering their credit card details. Within just a few minutes, users can be in possession of their own Bitcoins.”

There are some limitations on the service: Payments must be made in euros (although British pounds can be used with a conversion fee), cards must use the “3D secure” authentication feature, and initial purchases from unverified users are limited to €240. Direct payments in British pounds are expected soon.

Bittylicious launched in June of 2013, and has rapidly grown in popularity in the U.K. Although it lacks many of the features of full bitcoin exchanges, the company’s focus on providing a reliable, secure place to purchase small amounts of bitcoin has helped it establish a niche in the still-growing British bitcoin community.