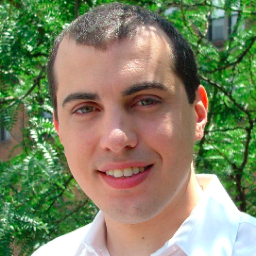 Blockchain.info announced yesterday that Chief Security Officer (CSO) Andreas M. Antonopoulos has stepped down from his role, and will now become an advisor to the company’s board. Antonopoulos is widely seen as one of bitcoin’s most passionate advocates, having given countless speeches and presentations about blockchain technology and written a widely praised book on bitcoin use. More recently, Antonopoulos made headlines following his controversial resignation from the Bitcoin Foundation over that organization’s “complete lack of transparency.”

It appears to be Antonopoulos’ rising notoriety that promoted the change in his role at Blockchain. The company has experienced massive growth over the last year, adding millions of user wallets and building up the team from a handful of developers to over 20 full-time staff. That kind of workload requires a full-time CSO, seemingly at odds with Antonopoulos’ current career trajectory. As the blog post announcing the change stated: “Although we wish he could, Andreas, as an author, speaker, and advisor to other startups in the space, cannot devote his full-time exclusive focus to these tasks.”

Perhaps in an effort to head off any rumors that his departure from the CSO role had been less than friendly, Antonopoulos posted the announcement to Twitter, and clarified that the situation was anything but negative. “All is well! Great, in fact, for both me and blockchain. This was very much planned.”