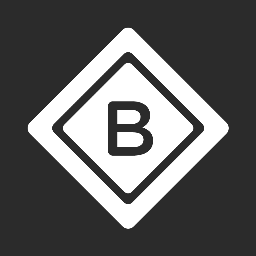 Identity-verification startup BlockScore announced today that it has raised $2 million in seed-round funding. Originally designed to provide a verification service for bitcoin ATM systems, wallet providers, miners and exchanges, BlockScore is one of the first startups to attempt to make the leap from the cryptocurrency market to the mainstream. The seed round investors include familiar bitcoin industry names: Y Combinator, Boost VC, Lightspeed Venture Partners and Battery Ventures.

In an article published today on TechCrunch, BlockScore co-founder Christopher Morton explained that the company’s origin came from trying to build a Know Your Customer (KYC) and Anti-Money Laundering (AML)-compliant payment system for his previous venture, Cube. In dealing with ID-verification vendors, Morton realized that those companies used “antiquated systems and business processes” based on credit reports, photo IDs, utility bills and bank statements. Those methods are slow, expensive and, as $24.7 billion in losses and theft would indicate, surprisingly prone to fraud.

BlockScore’s system could change this. As TechCrunch explains:

When a consumer signs up with a company that uses BlockScore, they will be asked for their name, address, date of birth, and passport number or the last four digits of their social security number. That info is then passed to BlockScore API and verified to make sure that it is real and that the person is not on any criminal watch lists. Then BlockScore asks the consumer questions to verify their identity, such as “which of these people do you know?” or “which make of car did you own in 1999?”

According to TechCrunch, a standard ID-verification vendor can take months to set up a new, high-volume client. BlockScore claims its system can be implemented in about a day, at a cost of around $0.80 per verification.

Given its bitcoin-backed pedigree, and the overwhelming focus on KYC and AML regulation on virtually all bitcoin-related businesses, BlockScore may well become the default ID-verification service for much of bitcoin ecosystem in coming months. If successful, it may also become very popular outside of the bitcoin community, perhaps becoming the first “bitcoin crossover” success story.