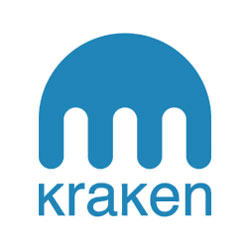 The first generation of bitcoin exchanges had it easy. Users were so happy to have a place to buy and sell bitcoin, that they didn’t worry too much about how those businesses actually operated, whether or not they were secure, or even if the user funds were really all accounted for. The situation at Mt.Gox changed that forever, revealing that the company had been operating for years with a mere fraction of the coins users had deposited. If they want customers, newer exchanges now have to demonstrate solvency.

Today, San Francisco-based exchange Kraken released the results of an audit by Ripple Labs CTO Stefan Thomas. The audit confirmed that Kraken had more than 100% of customer funds in its reserves.

The audit process is designed to allow the auditor – in this case me, Stefan Thomas – to verify that the total amount of bitcoins held by Kraken matches the amount required to cover an anonymized set of customer balances. I am attesting to is the root hash of a merkle tree containing all balances that were considered in the audit. … [If] you believe that I am trustworthy, then you can be confident that your balance was covered by 100% reserves at the time of the audit.

Kraken also made a customer-level audit available so users could verify their own balances.

Last month, Coinbase submitted itself to an audit by Blockchain.info’s Chief Security Officer Andreas M. Antonopoulos, who found that all customer bitcoins were accounted for. Earlier this month, BitStamp also revealed that an audit of their accounts confirmed all user funds in BTC and fiat were accounted for.