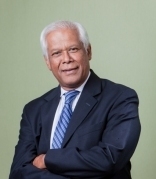 Can bitcoin help to reshape the accounting industry? In an essay published this week by the International Federation of Accountants (IFAC), CEO Fayez Choudhury suggests that bitcoin and other virtual currencies could completely reshape their entire industry. The article, “It’s Not Really about Bitcoin, It’s about Change,” examines the almost-certain impact of blockchain-based technology on a field that is already at the front lines of the digital banking and payments revolution. As Choudhury sees it, accounting professionals should also be among the first to embrace the innovations and changes brought by bitcoin.

The accountancy profession plays an important role in promoting the growth of economies and the efficient operation of markets. In these times of rapid technological change, we should also be key players in the financial innovation taking place across society. There is perhaps no better example right now than the development of virtual currencies, such as “bitcoin.” What are the major challenges and opportunities that bitcoin presents for the profession? What role should we play in its evolution?

The essay examines many of bitcoin’s most controversial elements — hacking, security, price volatility — before delving into its potential for an industry rarely viewed as technologically dynamic. As Choudhury sees it, the blockchain can “evolve into transparent, systemic safeguards” for reducing fraud, and may even force responsible and ethical behavior for those in “key financial roles” due to the public nature of the bitcoin ledger. While auditing processes will change, they will also become more transparent, relying “more upon cryptographic proof than on human trust.”

Although not an endorsement of bitcoin per se, Choudhury’s essay is clearly in support of the core ideas behind cryptocurrency.

Digital currencies could be here to stay. Whether bitcoin succeeds or fails isn’t really the point. There already are other virtual currencies on the rise and competing for market share. Given the challenges and opportunities — and the accountancy profession’s linkages with these issues — shouldn’t we be involved in the debates that shape the innovation, use, and regulation of cyber-currencies?”

How likely is Choudhury’s message to reach the mainstream accounting world? It has a good chance of being heard, as the IFAC represents some 2.5 million accountants and 179 member organizations worldwide.