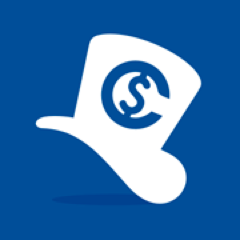 Popular bitcoin-tipping service ChangeTip is already well known by users of Reddit and Twitter, allowing users to easily send and receive small amounts of BTC for writing clever posts, answering questions or providing good advice. Last week, the service announced it had finished testing an expansion to bring the service to three of the most popular sites on the web: Tumblr, YouTube and Google+. The move could eventually become a major awareness raiser for bitcoin, providing a direct incentive for content creators to publicize their willingness to accept bitcoin.

Speaking with CoinDesk about the service expansion, ChangeTip founder and CEO Nick Sullivan said that the company’s goal is to enable users to “show their appreciation directly in everyday social media interactions.” Although bitcoin is widely speculated to become a powerful and disruptive force in existing financial structures, such as the remittance market, tipping is arguably the first truly native application of the micropayment-friendly structure of the digital currency. While other services, such as PayPal, can arguably be used for smaller transactions, the fees associated with such transactions make them impractical for sending a $0.25 “tip” to a content creator.

With the option now enabled on Google-owned services like YouTube, as well as the massive microblog community on Tumblr, it’s possible that ChangeTip’s system may even help to ignite a new payment model for a variety of online content.