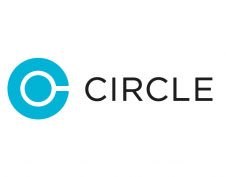 Boston-based bitcoin startup Circle has always been a little vague about what exactly it is they’re building. The company’s website has rarely provided more detail than “building digital currency products that make money simpler, safer, and more powerful,” prompting no end of speculation about what kind of service Circle would eventually provide. Are they a bitcoin exchange? A payment processor? A hosted wallet provider?

Although their plans have been obscured from the public eye, investors have clearly liked what they’ve heard behind closed doors. Today, Circle announced that it had raised $17 million in a Series B financing round, bringing the total venture capital investment in the company to $26 million. That’s comparable with the funds raised by bitcoin heavyweight Coinbase.

This still leaves one major question: What is Circle, exactly?

In a report on CoinDesk, at least some of the mystery has been solved. Circle will offer the services of a bitcoin exchange, merchant solution and online wallet provider. Although Circle seems to be reluctant to be placed in a box, they’re clearly aiming at the same market as Coinbase and Bitstamp.

While Circle is being cagey about how their service will differ from other bitcoin-based services, they have posted an invite to their system on their homepage. According to the popular bitcoin rumor site Two-Bit Idiot, Circle is rumored to be valued at $100 million.