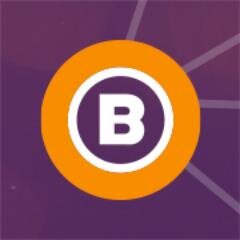 Tech entrepreneur and investor Halsey Minor knows a thing or two about being ahead of the curve. In 1993, he founded one-time tech haven CNET, selling it to CBS 15 years later for $1.7 billion. He’s also a co-founder of Salesforce.com (currently valued between $15 and $35 billion) and the founder of venture capital firm Minor Ventures. When Minor makes a move, other investors pay attention. Today, Minor announced a major new move into the bitcoin ecosystem.

Minor’s recently revealed project is Bitreserve.org, a low-cost service for transactions in both bitcoin and fiat currency. In addition to facilitating transactions between merchant and customer with virtual currency, Bitreserve’s system will allow members to directly transfer fiat balances at zero cost.

If it works as advertised, Bitreserve would bring one of bitcoin’s greatest strengths into traditional financial transfers. By using virtual currency on the back end of these fiat-to-fiat transactions, the service could potentially have a huge impact on payment systems. Much like how voice-over-IP (VoIP) and cellphones have completely destroyed the once universal long-distance fees, services like Bitreserve could herald the beginning of the end of transaction fees for fiat-to-fiat services.

Then again, Minor’s track record isn’t perfect. Last year, Minor filed for bankruptcy following a series of bad investments, and claimed to be around $100 million in debt. According to Minor, his problems with the banking sector during the financial crisis were one inspiration for launching the new bitcoin-backed system.

The great difference between my mistake and the banks’ is that I actually had to pay for mine.”

Minor explained his motivations to L.A. Times: “Bitcoin is a remarkable innovation, created and supported by lots of very smart people. Bitreserve is built on top of the bitcoin network, allowing members to convert bitcoin into money they know, trust and understand.”

Bitreserve is currently in public beta.