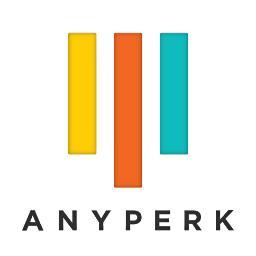 Coinbase announces partnership with AnyPerk, offers $10 in BTC to users In a post published today on the Coinbase blog, the San Francisco-based payment processor and wallet service announced a new partnership with employee perk provider AnyPerk.com. In addition to allowing AnyPerk users to buy products and services with bitcoin, the new partnership also comes with $10 worth of BTC when a Coinbase wallet is connected with a valid AnyPerk email address and bank account.

AnyPerk may not be well known by the general public, but it is rapidly becoming a major player for corporate employee incentive programs. In addition to supplying AnyPerk users with a little mad money for use at places like Fiverr and Overstock (Coinbase’s post even provides a top 10 ways to spend the newly acquired BTC), the system opens up a user-friendly way for customers to learn bitcoin basics. Although it’s not mentioned in the post, the Coinbase partnership could potentially allow AnyPerk users at companies like Salesforce.com, Pinterest, Snapchat, Groupon, Square and Etsy to receive bonuses in bitcoin.

The announcement may also foreshadow Coinbase’s next series of partnerships, as having a working relationship with AnyPerk means that roughly 2,500 new, tech-savvy companies are able to indirectly use bitcoin through their perks programs. While not bitcoin adoption per se, having an additional familiarity with bitcoin through AnyPerk may mean that a new wave of companies have moved one step closer to true cryptocurrency adoption.