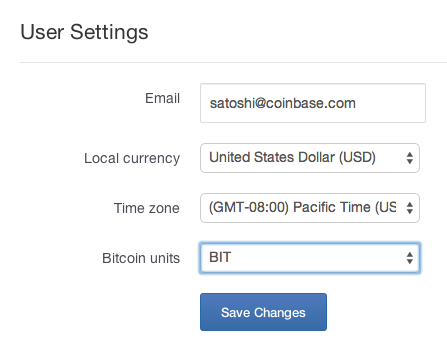 It has been a very busy week for Coinbase. On Wednesday, the bitcoin payment processing giant unveiled their new mobile site. The move comes as Coinbase gave its official nod of approval to an unofficial iOS app entering the iTunes App Store. With bitcoin’s future on iOS still dependent on each company being in Apple’s good graces, Coinbase clearly has an eye towards providing a web-based, cross-platform alternative for their users. The new mobile site offers a significant range of options for Coinbase users, and is very nearly a standalone web app.

But that wasn’t the only update from Coinbase this week. The company also made two minor tweaks to their system over the weekend which could have significant long-term impacts.

The first is a simple option to “repurchase” spent BTC from your Coinbase wallet. Given that many people have begun using bitcoin as a means of creating discounts through systems like Gyft, it can be hassle to rebuy the same amount of bitcoin after spending it. The new option saves a few clicks, allowing users to quickly recharge their Coinbase wallets.

The second option is even more subtle. To the uninitiated, bitcoin prices can seem very high, particularly when thinking about the single BTC unit. For the past few months, members of the bitcoin community have been debating the merits of switching the default display unit to a fractional amount of BTC, making bitcoin seem less prohibitively priced.

Coinbase has clearly been paying attention to this discussion, and now allows users to change their default balance display in “bits” (alternately known as “µBTC”). As the official blog post explains:

Since the dawn of time, a single Bitcoin has been divided into 8 decimal places – into 100,000,000 “Satoshis”. This means that one Satoshi is worth exactly 0.00000001 BTC – not exactly an easy number to deal with. … One bit (or µBTC) is worth 100 satoshis, which means that prices can easily be displayed using two decimal places, as most people are already used to. Another advantage is that bits can be easier to say and understand – for example, $1 USD is currently worth about 0.0017 BTC, or 1,700 bits.

All of these changes may seem minor, and in many ways they are. But they are also an indication that Coinbase’s focus has shifted from its recent focus on building merchant services. These updates are all aimed at making Coinbase, and bitcoin itself, easier to use for a new or casual user. Clearly, Coinbase’s team thinks that a wave of less tech-savvy users will soon be trying out their products, and they’re looking to make the experience as friendly as possible. For mass adoption of bitcoin, these minor tweaks could yield huge results.