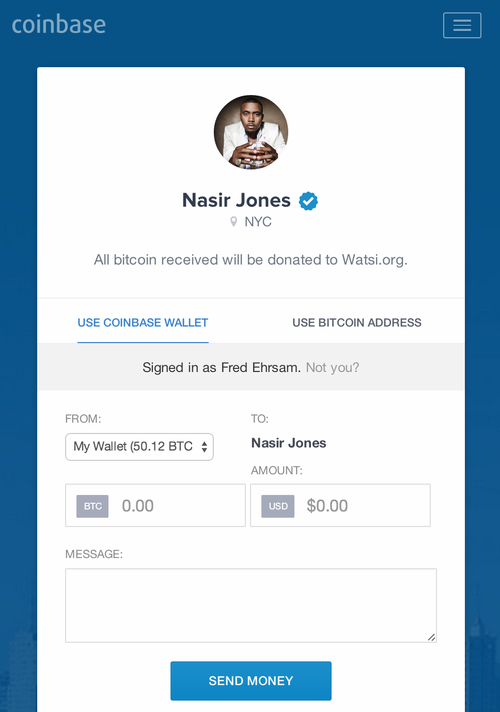 One of the first stumbling blocks for new bitcoin users is the address system. Although it’s a technically elegant result of the public/private key system, there’s something about a seemingly random string of dozens of letters and numbers that is inherently off-putting to an average person who just wants to try out this new digital currency thing. While the technically minded among us are perfectly aware that email addresses and internet domains are simply masked sets of equally inscrutable numbers, it’s hard to argue that making the online world as human readable as possible hasn’t greatly improved the internet experience. If only there was a way to simply find someone’s bitcoin account and simply click a button to send them money.

While it’s not quite one-click simple yet, Coinbase announced a new payment tool today that’s definitely a step in the right direction. Their new “Payment Pages” are simple, social media-style profile pages allowing Coinbase customers to receive funds directly through the site. Users can either pay from their own Coinbase account, or use their bitcoin wallet to send funds to a public address via QR code or “copy address” button.

Much of this functionality is simply a repackaging of Coinbase’s existing tools, but having a user-specific, socially shareable URL does hold a fair amount of promise for growing the payment network. Users can generate their own page addresses, with notable examples already existing for Nas and Marc Andreessen, both of whom will be donating BTC donated to their pages to charity.

The social media implications of Payment Pages could be significant for things like charity donations, although much like recently released Facebook-based wallet app QuickCoin, it appears to be of limited immediate use for those who haven’t already purchased bitcoins.