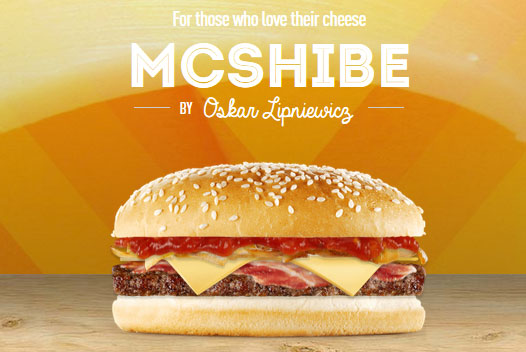 In May, the U.K. arm of fast-food giant McDonald’s launched My Burger, a new online promotion asking customers to submit their own burger creations. Website and social media visitors were encouraged to vote for their favorite recipes, with the 12 most popular being presented to McDonald’s U.K. judges, and the top five being given a month-long run at select U.K. restaurants. As often happens, the always-amusing Dogecoin community decided to participate, creating a cryptocurrency themed entry for the contest.

The original community submission, the McDogecoin, was removed from the competition by McDonald’s staffers for still-unknown reasons. Never a group to be discouraged, the Dogecoin community upvoted several alternatives, with the McShibe ultimately gaining enough traction to qualify for the final 12. The novelty of its cryptocurrency origin aside, the burger isn’t exactly unappealing for a fast-food offering. The McShibe consists of: “Oval Sesame Seed Bun; Tomato & Smoked Paprika Sauce; Grilled BBQ Smoked Onions; McDonald’s Cheese Two Slices; Streaky Bacon; and 100% British & Irish Beef.”

McShibe creator Oskar Lipniewicz gave a presentation about his would-be burger to McDonald’s U.K. judges early last week, and seemed to think the meme-themed item had a shot at making it onto the menu. Posting to the Dogecoin Reddit, he wrote:

Hello fellow shibes, i just got home after creating the McShibe Burger at McDonalds head office in London.

I have to say it was brilliant! The first bit of good news is that judges have liked the McShibe, second is that my coach which helped me in creation is a secret shibe 🙂 There is a high chance he have won, we will find out in about 2 weeks they said.

When i mentioned my burger and the idea to the judges they were surprised at first, but when I explained all this behind the burger, they seemed to like it (Also they enjoyed the burger as well) and ask tons of questions about Dogecoin and Us shibes 🙂 They asked if i had any alternative names in my pockets so i went with the McWow just in case they need to change it.

Should the McShibe win and actually appear on McDonald’s U.K. locations, it would continue a run of surprisingly effective pop-culture promotions originating in the Dogecoin community. In May, Dogecoin collectively sponsored a NASCAR driver Josh Wise, gaining a huge amount of media attention. Founded largely as a joke, Dogecoin is widely considered the third most popular digital currency after bitcoin and litecoin, although its position in terms of market cap has dropped considerably over recent months due to its “inflationary-deflationary currency” design and the entry of new, powerful Scrypt ASIC miners on the alt-coin market. In terms of actual use, however, Dogecoin may be second only to bitcoin, as many online retail sites run by “shibes” accept it, and DOGE is still widely used for online tipping.