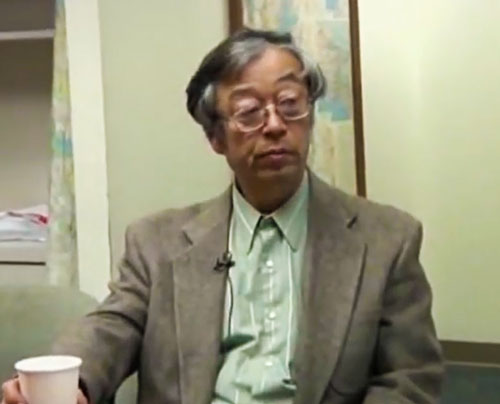 If Newsweek magazine is correct, Dorian Nakamoto is not the financially struggling 64-year-old engineer he appears to be. He’s actually the genius cryptographer, mathematician and software designer behind the Bitcoin protocol, and his struggles with both money and the English language are merely a ruse. His repeated insistence that he is not Satoshi Nakamoto is merely a smokescreen.

On the other hand, if Newsweek is wrong, writer Leah McGrath Goodman spent months harassing the friends and family of a recovering cancer victim with no connection at all to bitcoin beyond sharing a name with the pseudonym of it’s creator, published some extremely unflattering things about him, and falsely claimed he was sitting on millions of dollars in virtual currency. Nakamoto isn’t a public figure, after all, and did he did not willingly participate in the story at any level. If Dorian is not Satoshi, Newsweek‘s lack of even simple due diligence could result in a significant libel suit. Yesterday, Dorian Nakamoto released an official statement via the Twitter feed of Reuters reporter Felix Salmon. In it, Nakamoto states that he unconditionally denies the Newsweek report, and that while he has worked as an engineer and programmer, he is not the man behind bitcoin.

My prospects for gainful employment has been harmed because of the Newsweek article.

In the next paragraph, he mentions that he has also retained legal counsel. While the donations from the bitcoin community are almost certainly welcome, Nakamoto may have a claim to real damages from the publication.

Thus far, Newsweek has stood firmly behind its story. Shortly after the Nakamoto letter was released, Newsweek simply responded with a terse note that they had not heard from Nakamoto’s lawyer, and that “If and when we do, we will respond as necessary.”