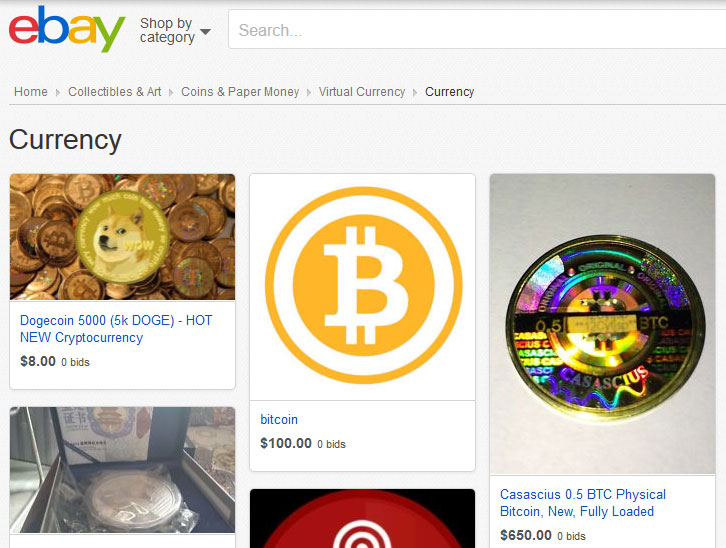 Online auction giant eBay activated a new “Virtual Currency” section on their site this week. Customers are now able to purchase virtual currencies like bitcoin and various alt-coins through the site, as well as mining hardware and mining contracts. Although functionality remains limited to “classified” status on the direct currency purchases (meaning eBay takes no part in the fee processing), miners and mining contract appear to use the standard eBay payment system.

This isn’t the first time eBay has tinkered with offering virtual currencies. Over the past year, eBay has created sections for virtual currency, only to deactivate them days later. The company’s U.K. site has had a similar offering since February. One possible reason for the new addition to the U.S. site is last month’s clarification of how bitcoin would be treated under IRS rules. With bitcoin now effectively in the same legal category as gold and silver, two staples of eBay sales, the company may see bitcoin as less risky.

It’s no surprise that eBay is dabbling in bitcoin and virtual currency options. CEO John Donahoe has made several positive statements about bitcoin in the past, and even hinted in February that eBay’s PayPal division was working on bitcoin-compatible wallet software. Neither eBay or PayPal have made any overt moves towards accepting virtual currency.