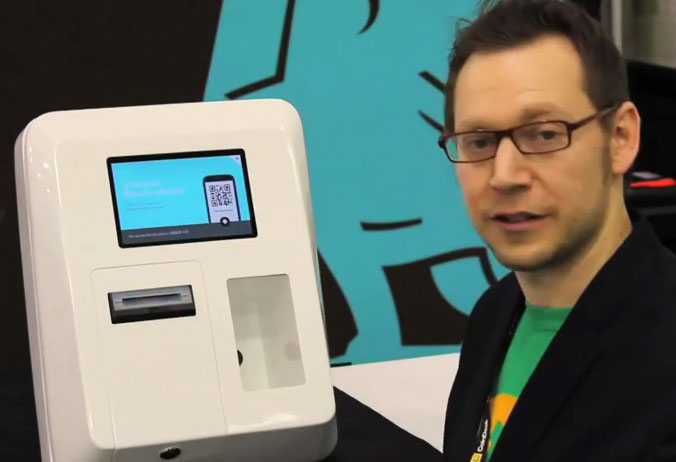 The race to bring the first Bitcoin ATM to the U.S. is over. Earlier today, Enchanted Bitcoin activated their Lammasu-made Bitcoin ATM at the Imbibe cigar bar in Albuquerque, New Mexico. The news comes on the heels of yesterday’s announcement of Austin and Seattle-bound machines by rival Bitcoin ATM manufacturer Robocoin.

According to a report on CoinDesk, Enchanted Bitcoin chose Albuquerque as the launching point for their Bitcoin ATM venture largely because of regulatory issue. Unlike most other U.S. states, New Mexico does not require ATM owners to hold money transmitter business (MSB) license to operate, allowing the company to fast track the installation.

The Lammasu ATMs include a variety of features, including OCR and barcode scanners for ID verification. The company currently estimates a turnaround of roughly 10 to 14 weeks from sale of the ATM to arrival. With both Robocoin and newcomer LocalBitcoins.com now vying for market share, expect to see a variety of new machines in major cities in coming weeks.