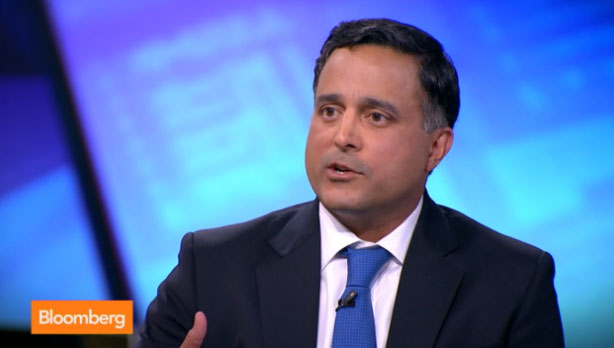 During a segment on Bloomberg TV’s “Street Smart,” Raj Date, former Deputy Director of the Consumer Financial Protection Bureau, gave a clear nod to digital currencies like bitcoin. Date noted that the creation of a faster, more secure financial network is a huge boon for consumers.

The thing I like about innovation in consumer finance, like bitcoin, like digital currency, is exactly the same reason I went to the CFPB. How is it that you can take new ideas and make the system work better for people?”

By way of explanation, Date noted that he was recently able to call his parents, who were vacationing in Turkey, from his iPhone in the back of a cab in St. Louis. He noted that his call was a video conference, and that he was able to make it for free.

Now, try sending them $100. There’s a lot of friction in the existing system … mostly because the existing payments infrastructure is decades old.”

When asked if bitcoin should be regulated, Date replied “Absolutely.” He noted that the existence of a regulatory framework around bitcoin will help to make things “better, not worse” for consumers.

As a member of the board of directors for bitcoin startup Circle, and an investor in bitcoin personally, it’s worth noting that Date isn’t entirely impartial. He’s also the founder and managing director of D.C.-based investment firm Fenway Summer, which appears to have some investment in other bitcoin startups.