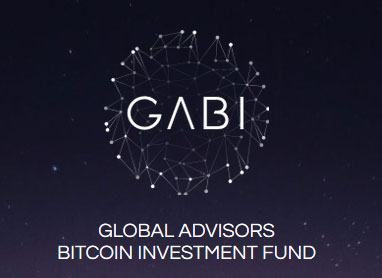 The Jersey-based Global Advisors Bitcoin Investment Fund (GABI) announced yesterday that it was in the early stages of deploying the fund’s assets into bitcoin. The company spent the whole of August and much of early September acquiring customers for its initial offer period, and appears to have closed that initial round in the last few weeks. GABI’s first year goal is to attain $200 million for the fund in the first six months.

The company’s press release about the fund’s formal launch into the bitcoin ecosystem provided a few clues as to the fund’s timing. Noting the “recent price weakness” in bitcoin due to “the withdrawal of UK banking services on the Isle of Man, issues with the NYDFS Bit-license, Russian Treasury comments and weakness in gold markets” the GABI team claimed to have “timed our entry to the bitcoin market accordingly.” The company seems to believe that the BTC market has found its bottom, explaining “We believe the resulting entry point represents an opportune moment to initiate our first round of capital deployment.”

The timing of the GABI investment is almost certain to spark conspiracy theories. GABI’s arrival in August coincides with the rapid and largely inexplicable decline of bitcoin’s price. Given the widespread suspicion that a so-called “bearwhale” has been moving the price down for their own purposes, something that could be accomplished with only a few million dollars worth of bitcoin, GABI is one of only a handful of known entities that could fit the bill.

GABI doesn’t appear to be buying on the open market at the moment, however, deflating that theory to a degree. The hedge fund has partnered with publicly traded Australian exchange and bitcoin mining company digitalBTC for their initial over-the-counter bitcoin purchases, and with Hong Kong’s Bitfinex and New York City’s Coinsetter for exchange-based transactions. GABI will add new subscriptions on a monthly basis.