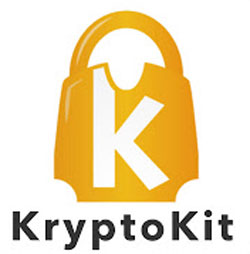 Google shuts down popular Chrome-based wallet KryptoKit, only to reinstate it hours later As the line between plugin-based web apps and dedicated desktop programs blur, browser-powered plugins have become increasingly popular. One of the best known and most trusted of these is a Chrome extension called KryptoKit, which works as both a bitcoin wallet and an encrypted messaging system. With over 6,100 users and a nearly 5-star rating, KryptoKit is one of the most popular bitcoin-related services in the Chrome community.

So when Google shut down access to the extension late last night, automatically uninstalling the extension and seemingly severing access to users’ wallets, there was serious cause for concern. KryptoKit co-founder Steve Dakh immediately took to Reddit to explain the situation, noting that Google had pulled the extension from the Chrome store for “unspecified [terms of service] violations” and that the team had been “stonewalled” in their efforts to get answers. The team also posted several workarounds to recover the private key seeds from the browser, allowing users to regain access to their wallets.

A few hours later, however, Google restored the extension to the Chrome store. KryptoKit’s account access was also fully restored, and seemingly all user accounts are working again. Thus far, Google has yet to offer any explanation for the removal.

Google’s move is troubling, because the initial closure appears to have been unwarranted. While the shutdown was likely a mistake or a misunderstanding, the fact that a bitcoin-wallet app was involved is likely to prompt conspiracy theories about Google targeting bitcoin-related apps on their Chrome store. Even more concerning is that Google automatically removed the extension from user machines, rather than posting a warning or offer users a choice to remove the extension. That’s an extremely aggressive move, and one normally reserved for only the most dangerous, system-threatening malware. That Google would bring out the big guns in this situation, only to back down a few hours later, hints that someone on the Chrome team has serious issues with something KryptoKit was doing.