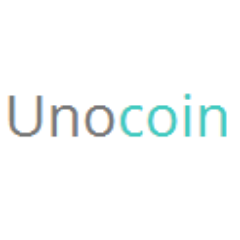 Thus far, India has been a tough market for bitcoin to break into. With an estimated 41% of India’s population “unbanked” (and well over 60% in rural areas) and a massive $70 billion remittance market, it’s also a country where bitcoin could have a huge impact. With that in mind, Bangalore-based startup Unocoin has been raising funds in an attempt to bring cryptocurrency to the subcontinent in a major way.

This week, the bitcoin exchange and payment processor announced it had raised $250,000 from venture capitalists. Barry Silbert’s Bitcoin Opportunity Corp. led the funding round, putting Unocoin in a select group of bitcoin companies that includes Coinbase, Gyft, BitPay, Xapo and dozens more.

Speaking with CoinDesk about the investment, Silbert said that Unocoin “has the potential to become the leading bitcoin company in India for buying, selling and storing bitcoin, as well as merchant processing.” The CoinDesk report also noted that Unocoin is currently in talks with international bitcoin-backed payment service ZipZap, suggesting a major push is in the works for the Indian remittance market.

Bitcoin’s legal status in India is still uncharted, although the country’s lawmakers and regulators appear to be more open to exploring the potential of digital currency after forcing the temporary closure of many bitcoin companies, including Unocoin, earlier this year. Given India’s considerable supply of tech-savvy workers and startups, the country could eventually become a rival to the U.S. and China for blockchain-focused innovation should bitcoin take hold there.