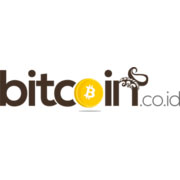 As bitcoin adoption rages across China, other countries in southeast Asia are slowly wading into the cryptocurrency pool as well. Earlier this week, Bitcoin Indonesia announced that its homegrown exchange had grown to a daily volume of 30 BTC, six times its trading volume in December. While that volume is admittedly humble, Indonesia is also a relatively poor country ($5,000 per year average income) with only 22% of its population connected to the internet.

We are launching our system and we are confident that our daily volume at least will reach 200 BTC daily in this semester. … So far, about 1,500 members already listed in our database and everything running better than expectation.”

Last month, Indonedia’s central bank issued a statement warning of the dangers of bitcoin and noting that virtual currencies were “neither currency nor legal payment tools in Indonesia,” but stopped short of banning them.

As one of the top-ranked “emerging economies” with a rapidly growing technological infrastructure, Indonesia is in a unique position to benefit from bitcoin. This fact is not lost on local merchants, who have been rapidly adopting the virtual currency in the capital city of Jakarta. An estimated 80% of the adult population in Indonesia (pop. 250 million) doesn’t use any financial service. A growing number of that same population does have access to low-cost smart phones, opening up a huge potential market for bitcoin.