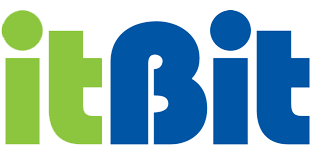 Is itBit’s New York relocation an indicator of things to come? In a blog post published yesterday, Singapore-based bitcoin exchange itBit announced plans to relocate its main office halfway across the planet to New York City. The move appears to signal a growing sense that the safest setting for bitcoin-based trading is no longer the relatively permissive Southeast Asian city-state, but rather the soon-to-be regulated by “BitLicense” arena in the Empire State. New York Department of Financial Services (NYDFS) superintendent Ben Lawsky and his team have spent the first half of the year drafting rules for cryptocurrency exchanges, with those rules expected to be published later this month. With even the NASDAQ rumored to be building a bitcoin exchange, itBit’s move may be the first sign of digital gold rush.

As itBit CEO Chad Cascarilla wrote in the announcement: “[The] concept of Bitcoin has become mainstream, the volume of bitcoin trading has grown exponentially, and the majority of bitcoin trading now takes place in the US. Regulators are getting clearer about their policies, and we’re hopeful that we will be able to serve US investors soon.”

Cascarilla also noted that itBit’s Asia operations will continue with Rich Teo at the helm, with the ultimate goal of growing “operations to a global level, expanding our reach, offerings and customer base.”

A casual bitcoin trader could be forgiven for never having heard of itBit. The exchange’s volume is generally under 1000 BTC, and it generally isn’t listed on the major cryptocurrency marketwatch sites. Among the small-but-growing community of institutional-level bitcoin investors, however, itBit is seen as a safe, secure place to do business. As of last November, itBit had raised more than $5.5 million in venture capital funds to build its platform.