Bitcoin Casino – Bitcoin Information and Data – Bitcoinx » News » Is he or isn’t he? The great Dorian Satoshi Nakamoto mystery 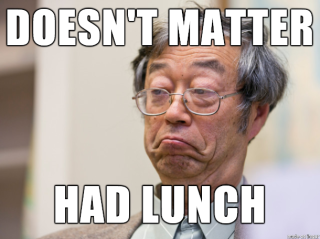 Is he or isn’t he? The great Dorian Satoshi Nakamoto mystery Yesterday, Newsweek published a story by reporter Leah McGrath Goodman claiming to have located the mysterious creator of Bitcoin, Satoshi Nakamoto. Within hours of that story’s publication, the Associated Press released their own version of the story, with an extensive interview with Dorian Satoshi Nakamoto, who claims he had nothing to do with the creation of Bitcoin, and only heard about it three weeks ago after his son was interviewed by Newsweek. Neither side seems willing to give any ground, and given Satoshi Nakamoto’s largely unknown past, speculation has been running rampant. Is the man in the Newsweek profile the Satoshi, or isn’t he?

The following is a collection of conflicting perspectives on that subject from the last 24 hours. There are no clear answers here, but perhaps you can draw your own conclusions.

Leah McGrath Goodman’s response to the AP story publishing Dorian S. Nakamoto’s claim that he is not the creator of Bitcoin.http://bigstory.ap.org/article/ap-exclusive-man-denies-hes-bitcoin-founder?new

A post today from Satoshi Nakamoto’s P2P Foundation Ning account on a thread he began in February of 2009, stating simply “I am not Dorian Nakamoto.” If valid, this would be the first public statement the Bitcoin creator has made in three years.

Video of Dorian Satoshi Nakamoto, the man Newsweek claims is the Bitcoin inventor, denying that he has anything to do with Bitcoin and refuting Leah Goodman’s story.

He was, however, determined to get his promised free lunch.

A comparison of Dorian S. Nakamoto and Satoshi Nakamoto’s writing from existing internet sources. There are stark differences between the two.

An early Bitcoin adopter tells a story about possibly meeting Satoshi Nakamoto in 2011, at one of the first Bitcoin-accepting locations in the world. The man they met? Dead ringer for the Newsweek Satoshi.

A statement from the Bitcoin Foundation core developers that they’re not convinced that Dorian Nakamoto is Satoshi Nakamoto. Even if he was, the team wouldn’t know, as Nakamoto communicated purely through electronic means.

What if Satoshi Nakamoto is a pseudonym? CoinDesk runs down the list of likely candidates for the “real” Satoshi.

Unless a smoking gun document or connection comes to light, it’s unlikely the truth about Dorian Satoshi Nakamoto will be known any time soon. More on this story as it develops.