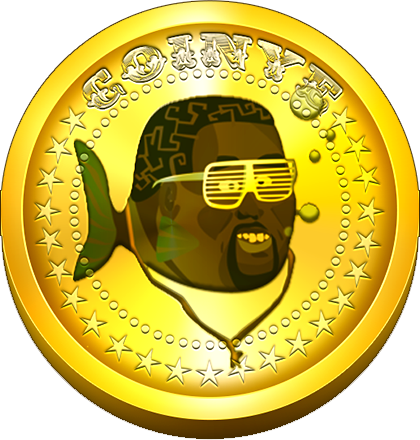 Coinye is officially dead. Not that many people will be surprised, or even care for that matter. As the first significant lawsuit connecting trademark law to distributed cryptocurrency, however, it’s a moment worth noting.

In January of this year, a group of bitcoin griefers decided that it was time to level their gaze at controversial hip-hop star Kanye West. The group created a Scrypt-based alt-coin named Coinye West (later just Coinye), prompting an almost immediate legal response from Kanye West’s legal team. In their lawsuit, West’s lawyers claimed that the alt-coin, taking its logo from a South Park episode where the rapper was referred to as a “gay fish,” constituted trademark infringement, unfair competition, cyberpiracy and trademark dilution.

Of course, Coinye was always little more than satire. People laughed, and some mined or traded in it for a hot minute, but most soon lost interest and forgot about it. The alt-coin itself was abandoned by miners and users within weeks of the source code being released, and then by the development team after West’s legal threats continued. Yet West’s legal team didn’t abandon their lawsuit, prompting a real question about how fair use and other protected speech principles applied to cryptocurrency and distributed international software.

Given that Coinye was never much more than dumb joke, it is a little surprising that the case actually reached a real courtroom. Earlier this week, however, it did. The case against Coinye’s creators was heard in a New York federal court, although none of the 10 named defendants, many of whom live outside the U.S., responded to the suit. This meant that West’s team won the case by default.

“I guess it’s a great way to end a silly suit,” Coinye co-creator Robbie Hontele told Ars Technica. Hontele settled with West earlier this month, and was not included in the lawsuit. Three other defendants — David McEnery, Harry Wills and Richard McCord — have already settled with West’s team. The terms of those settlements are not public.

Although the final judgment has yet to be issued, the ruling is likely to do little beyond block future uses of the Coinye name by the defendants, as actual damages from a never-profitable open-source project that ceased development in the same month it launched would be very difficult to prove.