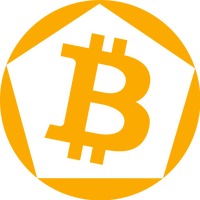 ‘La Maison du Bitcoin’ to open in Paris in May French bitcoin entrepreneurs Thomas France and Eric Larchevêque recently announced the launch of La Maison du Bitcoin (‘The House of Bitcoin’), a cryptocurrency technology and culture hub located in the heart of Paris. Slated to open on May 13, the center will include a meeting, workshop and co-working space for bitcoin startups, as well housing France’s first bitcoin ATM. Working demonstration models of both scrypt GPU and bitcoin ASIC mining rigs will also be on display.

Much like in the U.S. and Asia, Bitcoin interest in Europe has been skyrocketing in recent months. France has lagged behind many other E.U. countries in terms of bitcoin adoption and innovation, providing one of the motivations behind the project. Speaking with CoinDesk, Larchevêque explained the idea of the space.

La Maison du Bitcoin is mainly dedicated to entrepreneurs with a co-working space and an incubator for bitcoin-related projects. We want to make it the place to launch and work on bitcoin startups in Paris. … [Paris] was an obvious choice as we are based here. Many observers told us, with sometimes good reasons, that we should relocate our project elsewhere in Europe, but we are strong believers in the French ecosystem in the long term.”

There are some indications that France’s bitcoin ecosystem is already starting to grow. Earlier this month, French retail chain Monoprix announced that it would be integrating bitcoin payment options this year.