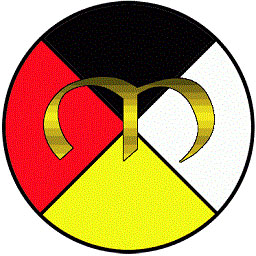 Last month, the seven bands of the Lakota Nation adopted their homegrown Bitcoin variant, MazaCoin, as their official currency. The new virtual currency joins a slew of similarly local projects, such as Iceland’s rapidly rising Auroracoin, in the ever-growing cryptocurrency community. What makes MazaCoin interesting, however, is that the Lakota Nation is technically a sovereign nation inside the U.S., meaning that their currency is unambiguously legal tender.

On the Lakota reservations, at least. But what that really means is still very much in development.

In a story published on The Verge, writer Adrianne Jeffries spoke with programmer and Native American activist Payu Harris, who believes that MazaCoin might be the key to empowering Native American populations currently marginalized by the reservation system.

Half the tribal members on Harris’s reservation, the Oglala Lakota Pine Ridge Indian Reservation in South Dakota, live in poverty. It’s a problem that afflicts tribes across the country as Native Americans have grown dependent on federal welfare after being ghettoized on reservations.

Noting the unifying power of a common, nationally owned and controlled currency, Harris believes that a Lakota-owned currency might be a game changer. Instead of seeing the estimated $220 million that flows through the reservation each year go into the pockets of Wal-Mart, it might actually stay in the hands of the tribe.

But perhaps more than that, it will give the Lakota people a sense of unity and independence. “Our tribe has an idea of what sovereignty is, but … [there] is no sense of national identity.

Not everyone is convinced that MazaCoin is such a good idea, however. When it comes to Native American economic freedom, the U.S. government’s track record speaks for itself.

But Chase Iron Eyes, South Dakota legal counsel for the Lakota, believes the federal government will push back if MazaCoin succeeds. “There hasn’t been a tribal nation that has declared its own currency and has mandated that that currency is used within its borders,” Iron Eyes says. “But it’s because of this pervasive, ever-present asserted dominion of the United States. They’ll try to shut us down, try to cite us with law violations.”

Will MazaCoin join the ranks of Bitcoin, Litecoin, or even Dogecoin, in the virtual currency mainstream? If so, it won’t happen any time soon. It seems that the Lakota tribes, while supportive of the idea in theory, have little ability to actually implement their new currency. In a recent article on Forbes, contributing writer Jasper Hamill also profiled MazaCoin.

Understandably, there’s a bit of confusion about what exactly this new currency is going to do for the impoverished Lakota people. When I contacted them, tribal elders declined to speak about MazaCoin, instead referring me back to Harris. However, there is certainly support for the scheme, as well as bewilderment. Other tribes from around America have already contacted Harris to wish him well and express an interest. The project has allegedly gathered enough steam to attract the attention of the FBI, which phoned the Lakota chief to warn him that Bitcoin and other cryptocurrencies aren’t actually legal yet.

There’s a long way to go for MazaCoin, which is currently just one of many alt-coins battling to become valuable. Without the support of the world’s crypto-community, it will be just another worthless bundle of numbers.

At the time of this story, no major exchanges traded in MazaCoin, including extremely diverse platforms like Poloniex. Payu Harris was recently selling MazaCoin at real-world virtual currency exchange The Bitcoin Center in New York for $0.10 each. Coinmarketcap.com currently places the value closer to $0.03, with a total market capitalization of $3,202,279. It was also unclear if any business in the Traditional Lakota Nation actually accepted the virtual currency.