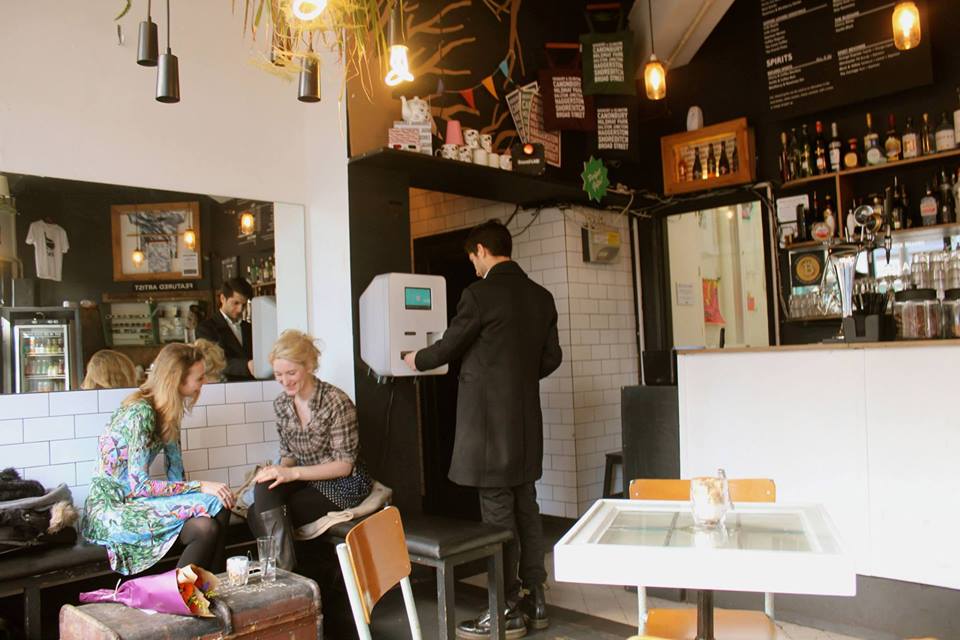 Future Coin’s ATM in action, from their Facebook page.

Until today, if you wanted to Bitcoin in the U.K., you had to do it the old-fashioned way: Mining it, connecting your bank account to an exchange, or buying it directly from another Bitcoiner. With the activation of a new Lammasu-made Bitcoin ATM at London’s trendy Old Shoreditch Station cafe and bar. Operated by Bitcoin startup Future Coins, the machine is the first functioning Bitcoin ATM in the U.K.

The ATM has a limit of £1,000 per transaction, and has no ID requirement. The current transaction fee is set at 8% as a hedge against price fluctuations, although Future Coins representatives told CoinDesk that this fee will decrease once the ATM is linked to an exchange.

Bitcoin ATMs have been popping up all over the globe in the last month, but British companies have been slow to activate the machines due to concerns about the proposed rules by HM Revenue & Customs (HMRC), which would have taxed all Bitcoin transactions with a prohibitive 20% value added tax (VAT). The HMRC reversed that decision earlier this week, clearing the way for new investment in ATMs and other Bitcoin-related projects.

Old Shoreditch Station is actually something of an early Bitcoin adopter. The bar is operated by arts collective Jaguar Shoes, and has been accepting BTC payments since last July. Other London ATMs have been announced by groups like Global Bitcoin ATM Ltd and Satoshipoint Ltd., and a flood of new machines is likely to be seen around the U.K. by summer.