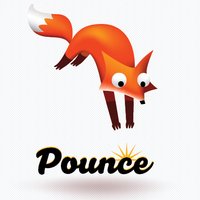 One of America’s oldest upscale retailers, Lord & Taylor, announced yesterday that it had entered into a partnership with Bitcoin-friendly mobile payment system Pounce. Pounce recently partnered with Coinbase to provide indirect Bitcoin support for the app, and L&T is the first of their large-scale retail clients to opt-in to the BTC payment option.

The L&T move is likely to be the first of many for Pounce, as the company provides mobile shopping support for big-name retailers like Best Buy and Toys “R” Us. Should Bitcoin prove as profitable for L&T as it has for Overstock, the list of mainstream businesses who now accept BTC is likely to swell in coming months.

The model fits well with Coinbase, as the wallet service offers merchants the ability to deposit funds in fiat currency on a daily basis, protecting them from Bitcoin’s notoriously erratic price swings.

It’s interesting that Lord & Taylor would be such an early adopter of Bitcoin. The company, founded in 1826, is generally considered to be one of the oldest retailers in America. Unlike Overstock, L&T has a significant real-world retail presence, with over 100 retail locations in the US and Canada.

According to a CoinDesk report, Ryan Craver, senior vice president of Hudson Bay Co. (the L&T parent company) pushed for the Bitcoin option after noticing a decided uptick in customer requests to pay with BTC.