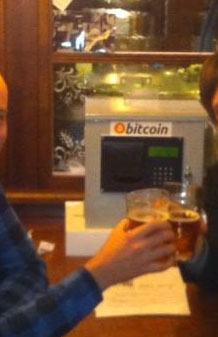 Low-Cost Bitcoin ATMs on the way Yesterday, Helsinki-based Bitcoin marketplace LocalBitcoins.com announced the development of their first Bitcoin ATM. The machine is set to retail for around $2,750 (€1,990), making this the least expensive such device yet announced. The ATM allows both buying and selling of Bitcoin of fiat currency from any LocalBitcoin-held wallet, and is capable of at least some offline functionality.

LocalBitcoins new and admittedly “experimental” ATMs lack some features of the more advanced models presented by (slightly) more established makers Robocoin and Lamassu. The first LocalBitcoins ATMs will require an attendant to operate and validate purchases, for instance, and do not have customer-identification features. The devices are fairly powerful, however, with the ability to accept over 100 currencies.

LocalBitcoins has already produced five prototype ATMs, and is currently preparing to mass-produce the devices. A more advanced model, tentatively priced in the €3,000 range, is expected soon. According to a report on Coindesk, LocalBitcoins has yet to sell any units.