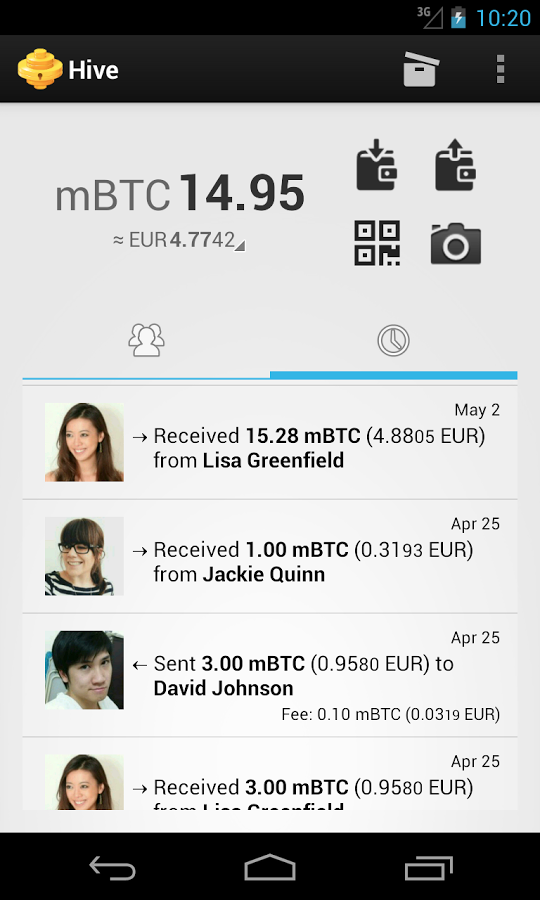 In terms of mainstream adoption, the BIP 70 protocol is a big deal. Instead of requiring users and merchants to work with 34-character, randomly generated bitcoin addresses and long confirmation times, BIP 70 generates human-readable confirmation codes and vastly improves how confirmations are handled. Although the BIP 70 protocol was implemented in the Bitcoin Core 0.9.0 release in March, few wallet providers have integrated its powerful new features. One of the very first such wallets to do so comes from a somewhat unlikely source: The Mac OS Hive wallet client, which launched its first Android version today.

It’s commonly perceived that Apple has an antagonistic relationship with the bitcoin community, largely due to the company’s policy of actively blocking wallet apps from the iOS App Store. But the Mac OS ecosystem isn’t the same “walled garden,” and Hive is currently one of the best-known apps for the system. Unfortunately, with no access to the iOS App Store, Hive’s option for building a mobile wallet was to go with Apple’s chief rival, Google’s Play marketplace for Android. In the process, they brought the Apple ease-of-use philosophy with them, resulting in a mobile wallet to match even their most established rivals.

The app does all the typical things you’d expect from an Android wallet: Scan QR codes; supports encrypted backups; receives payment notifications; and hosts a device-locked list of contacts. But it also does some things you might not expect, such as: offer touch-to-pay near-field communication (NFC) payment support; store offline transactions for later payment; and customize amounts displayed in BTC, mBTC or µBTC with current exchange data. It also includes full support for BIP 70, allowing near-instant transactions that don’t require the buyer or seller to wait for full blockchain confirmation.

One highly interesting, and extremely uncommon feature of the new app is an in-app integration with other hosted wallet APIs, allowing users to instantly switch to LocalBitcoins, Bitstamp and other apps easily. Support for Coinbase’s powerful API is slated for addition, which would allow the Hive app to easily manage the buying and selling of BTC in addition to functioning as a wallet.

The Hive wallet for Android is currently available in beta from the Google Play Store.