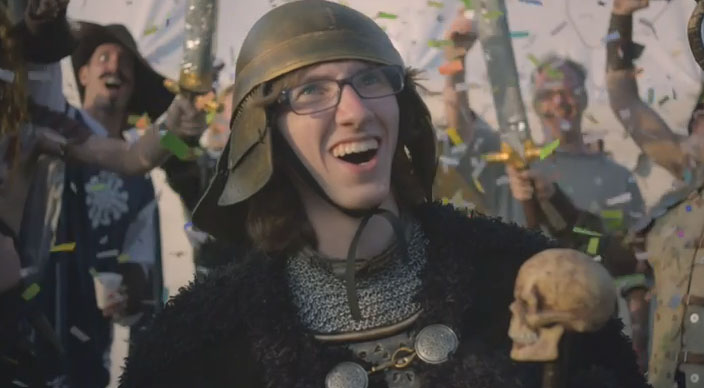 Grammy-nominated metal band Mastodon has joined the growing list of bitcoin-friendly musicians, announcing yesterday that they would accept the cryptocurrency for pre-orders of their forthcoming album Once More ‘Round The Sun. The band, signed to Warner Bros. Records, has partnered with BitPay for the release. The album is the sixth studio recording for the band, and the pre-release purchase includes two sample tracks.

Originally hailing from Atlanta, GA, it’s hardly surprising that Mastodon would partner with their hometown-sharing bitcoin payment company BitPay. Although Mastodon has never been a hugely selling act in terms of the Billboard Charts (their 2011 album The Hunter made it to number 10), the experimental and genre-spanning metal act does a massive and loyal fanbase that may well overlap with the bitcoin community. As the video for their new single “High Road” indicates, they’re certainly friendly with the geek culture often strongly associated with bitcoin’s user base.

Mastodon is hardly the only musical act flirting with bitcoin these days. Last week, rapper 50 Cent announced he would be accepting bitcoin for his new album Animal Ambition, also partnering with BitPay. Snoop Dogg has also said, jokingly, that his next album would be “available in bitcoin and delivered in a drone.” Many lesser-known musicians have recently instituted bitcoin-based payments and tipping options via their YouTube channels and websites, taking advantage of bitcoin’s lack of processing fees.