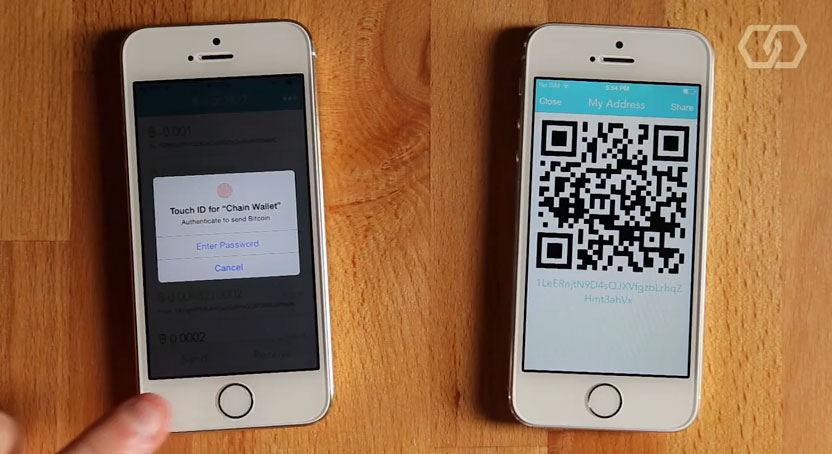 When bitcoin’s battle for mass adoption and marketshare against credit cards and cash happens, the skirmishes won’t take place on notebooks and desktops, it will take place in the brick and mortar world with mobile apps. One sign that this seemingly inevitable event it drawing closer is the booming ecosystem of mobile wallet apps. Now that Apple has finally acquiesced to allowing bitcoin wallets in the iOS App Store, next generation wallets like Chain are finally taking advantage of the iPhone’s hardware to bring new features to the forefront. At the same time, older apps on the Android OS are finally implementing user-friendly options to take some of the worry out of using bitcoin.

Let’s take a look at three mobile wallets that have made the news this week.

Blockchain.info: Web-based wallet provider Blockchain.info’s mobile wallet has long seemed like an afterthought for the company, but their recently updated version adds a few powerful new features that could bring it into the spotlight. The updated app now includes double encryption, two-factor authentication, a “P2P” mode for offline transfers, a bitcoin-merchant map, and a social-media enabled address book to make sending bitcoin to specific addresses as easy as possible. Users without bitcoin addresses can even be sent BTC redemption codes via email.

Hive: Hive’s Android wallet is already one of the most user-friendly on the market, but their newly updated version includes support for sweeping paper wallets. While that may sound like a minor feature, it’s actually a somewhat complicated procedure to implement on a mobile platform, as it usually requires access to external dependencies and a full Bitcoin Core node. Hive has found a clever way around this issue, allowing new users who acquire their bitcoin from, say, a printed QR code from a bitcoin ATM, to have the best available security.

Chain: This iOS wallet is still in the works, but it does have one new killer feature to set it apart from the crowd. Chain uses Apple’s forthcoming iOS 8’s fingerprint-reading feature to create an extremely secure wallet system. Though currently a proof-of-concept demo, the system holds a huge amount of promise for security-minded iOS users. The code is open source, meaning that many iOS wallets may be adopting variations of this system in coming updates.