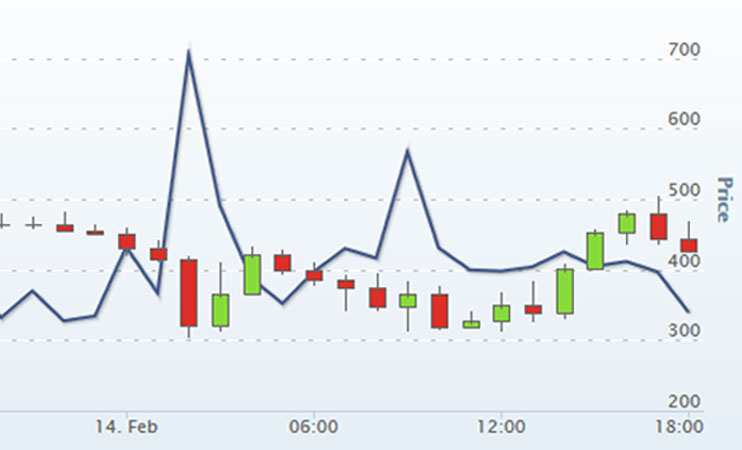 Only yesterday, we reported about the growing disparity between the value of a Bitcoin on Mt.Gox versus that same Bitcoin on any other exchange. Today’s prices have only amplified this trend, with trades on Mt.Gox reaching a recent low of $302, even as the price hovered well above $600 on most of the other major exchanges. Although Mt.Gox did see prices rise to around $450 later in the day, it’s clear that the combination of frozen user accounts and serious doubts about the Tokyo-based exchange’s future are taking their toll. With Bitcoin value at Mt.Gox approaching half that of the other major exchanges, it’s increasingly difficult to see how Mt.Gox will remain competitive.