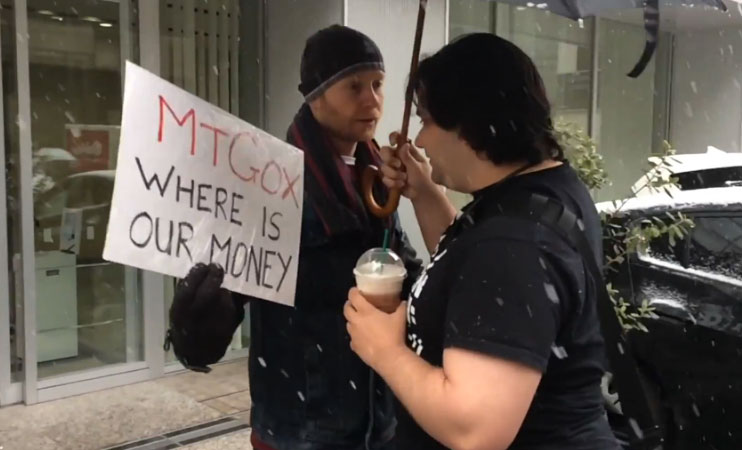 There are few people in the bitcoin community in need of a public-relations makeover more than Mark Karpeles. As the sole person in charge of the code when Mt.Gox lost roughly $500,000,000 in customer deposits, Karpeles has become the target of ridicule, anger, death threats, lawsuits and criminal investigations. While all of that is completely understandable given the scale of the Mt.Gox failure, it’s often overlooked that Karpeles was a key figure in building bitcoin from a fringe phenomenon in tech and black-market circles to something poised to become the “next big thing” on Wall Street.

With Mt.Gox seemingly on the path towards some form of rehabilitation, and the exchange’s implosion fading from mainstream memory after nearly six months, have tempers cooled enough to let Karpeles tell his side of the story?

In an interview with The Wall Street Journal‘s Japan Real Time blog, Karpeles spoke publicly for the first time since Mt.Gox filed for bankruptcy protection in February. Although he was unable to go into detail on many points due to an ongoing police investigation, he was able to shed some light on what happened at the Tokyo-based exchange.

Karpeles spoke to reporters at his home, on the top floor of a 33-story building in Tokyo’s Meguro neighborhood. Although he lives in relative comfort, he insists that his post-Mt.Gox lifestyle isn’t the extravagant some have claimed. “I swear I haven’t been doing anything too luxurious,” Karpeles told the Wall Street Journal. “Some people say I still own bitcoins or have a yacht, but that’s not true.”

With Mt.Gox itself little more than zombie entity under the control of a court-appointed trustee, Karpeles has largely been focused on keeping its parent company, Tibanne, afloat. Even that company is struggling. “We cut the size to 12 from 30. They are frustrated and worried about what will happen to the company. I’m upset with myself that I couldn’t protect my employees.”

As Karpeles admits, one of the major reasons Mt.Gox failed was because of his inabilities as a manager. With his background almost entirely in programming, rather than management, he was ill-suited for running a company that would quickly grow from being a one-man operation to the largest bitcoin exchange in the world.

“I was too busy and couldn’t lay out an adequate corporate structure,” he said. “I wish I had five of me, as I was too busy with meetings with banks, lawyers and business partners. That was all painful, I wish I had more time to do engineer-type of work.”

Karpeles said that Mt.Gox regularly approached management and financial professionals, but was never able to hire them because of their high salary costs. Although that might sound strange given that Mt.Gox handled roughly 70% of bitcoin trading at its peak, during most of that era the bitcoin ecosystem was tiny fraction of what it is today. For most of that time, bitcoin was worth less than most collectable trading cards. It was only in the last year, when the mainstream world started to wake up to bitcoin’s potential, that Karpeles and his team realized they were in over their head.

But what about all of that missing bitcoin? Karpeles revealed that “physical attacks” were as much a part of the exchange’s security issues as the now-infamous transaction malleability glitch. “We had some cases where a stranger sneaked in and took things away,” he said. “We also have at least one former employee stealing the company’s data.”

Karpeles said that the hopes someone will rehabilitate the exchange, although he didn’t mention the two best-known bids from OKCoin and Sunlot Holdings. He also said that he hopes that tempers will eventually cool enough to allow him to once again participate in bitcoin meetups.

“If they accept me, I would like to attend a weekly meet-up of Tokyo bitcoin users when things settle down and explain what happened in my own words.”