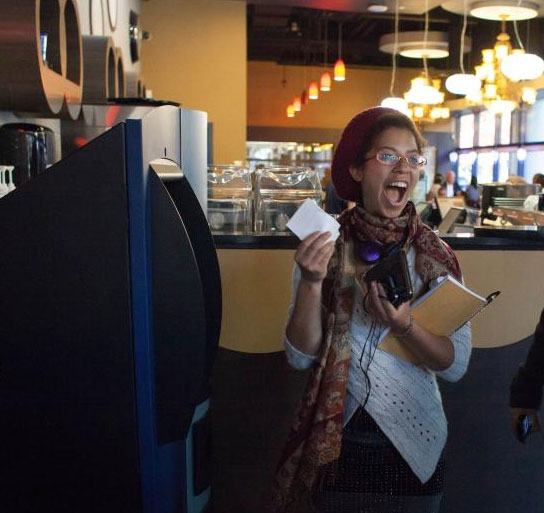 Robocoin ATM in Vancouver, from https://robocoinkiosk.com/

With bitcoin ATMs popping up an almost daily basis for the last month, there as been a noticeable void of activity in the tech-driven community in Silicon Valley. That changed yesterday, when Robocoin launched a new two-way bitcoin ATM at the Bitconference held at 500 Startups headquarters in Mountain View. While the ATM isn’t likely to become a permanent fixture at the 500 Startups HQ, the media attention around the prototype machine may encourage plenty of new investment in Robocoin.

Based in Las Vegas, Robocoin already has machines in operation in Austin, Texas, and Vancouver, Canada. The company shipped 10 new machines to overseas customers last week, and has dozens more at various stages of the distribution process.

Speaking with Bitcoin Magazine, Robocoin CEO Jordan Kelley claimed that his company’s latest model is a vast improvement over the current generation of bitcoin ATMS. The new model allows two-way transactions, effectively turning the ATM into a local exchange.

Robocoin allows customers to buy Bitcoin by using various security measures to verify the user’s identity; all that is needed is a government ID, palm print, email, face and cash. Additionally, Robocoin also gives users the ability to sell Bitcoins by using the same security measures and by sending Bitcoin to Robocoin, receiving a ticket and waiting for one bitcoin confirmation.

The new ATM was also created with future bitcoin regulation in mind. As Kelley explained:

We’re setting the precedent for bitcoin ATMs and demonstrating to California’s citizens and regulators just how this exchange should be run with respect to Anti-Money Laundering compliance and consumer protection. Our Robocoin Operator shares our vision of bringing bitcoin to the world the right way.”