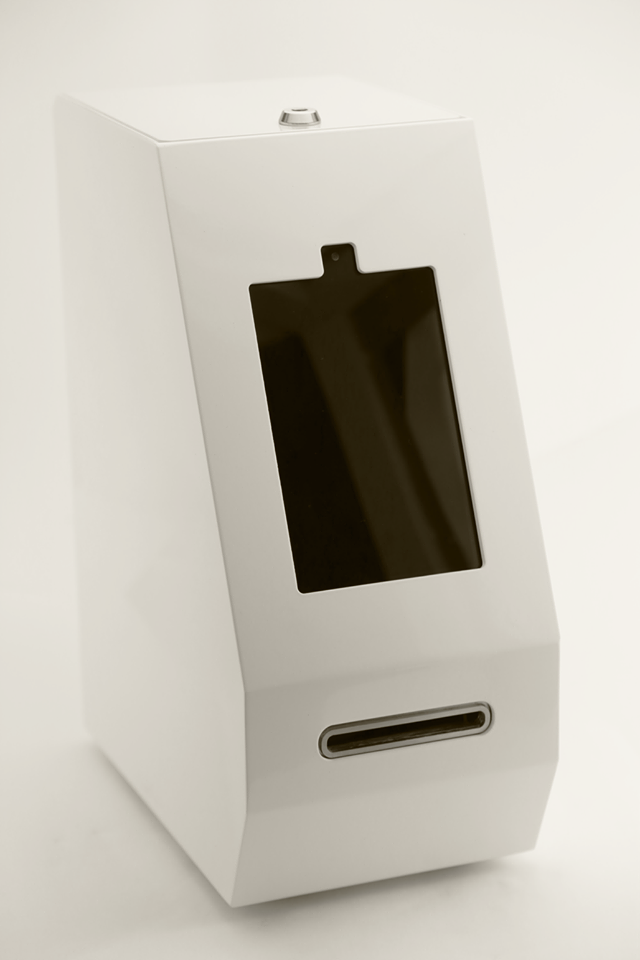 Dedicated bitcoin ATMs are at a crossroads. Even counting the first proof-of-concept working prototypes, the entire industry is less than a year old, with most of the “major” manufacturers having only a few dozen units in the field today. While orders are growing rapidly, so are prices. Robocoin and Lamassu are banking on a market existing for models ranging up to $20,000, even as the mainstream ATM industry’s gaze quickly focuses on bitcoin support to their new and existing machines.

But what if bigger isn’t better? That’s the idea behind Skyhook, a portable, open-source bitcoin ATM introduced last week by Portland-based BTCPDX. The machine, which has been getting plenty of attention at demos during this year’s Bitcoin2014 conference in Amsterdam, retails for only $999. At such a low price point, this puts bitcoin ATMs within reach of even small retailers.

The project aims to keep the bitcoin-buying process as simple and safe as possible, although just how well this philosophy will play with money-transmitter requirements and know-your-customer (KYC) anti-money laundering rules is still unclear. The system displayed in the project’s February beta demo required only a QR code for a public address and dollars, completing the purchase (although now confirming the transaction) in a matter of seconds.

While this might not be an ideal technology for the U.S. market, the potential for a very low-cost bitcoin ATM in emerging market counties is potentially huge. Given that the machine only requires “a power cable, a wired or Wi-Fi connection, and some Bitcoins to sell,” the possibilities for pop-up shop real-world bitcoin exchanges powered by physical or mobile wallets is significant. Should the idea prove popular, it would not be surprising to see a range of the low-cost machines from a variety of manufacturers in the market later this year.