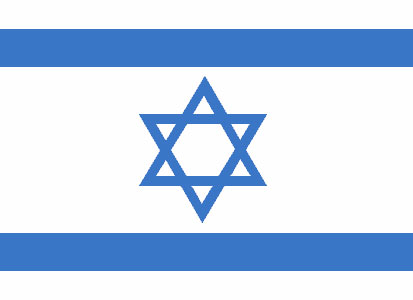 Israel’s two major state financial regulators issued a joint statement today warning urging caution on “decentralized ‘virtual currencies’ (such as Bitcoin).” The statement from the Israeli Ministry of Finance and Bank of Israel (BoI) doesn’t introduce new regulation in the country, but it does serve as an indicator of current government thinking about Bitcoin and other crytpocurrencies.

In a meeting convened by the Governor of the Bank of Israel, with the participation of representatives from the Capital Market, Insurance and Savings Department, the Israel Tax Authority, the Israel Securities Authority, and the Israel Money Laundering and Terror Financing Prohibition Authority, it was agreed to continue to examine various perspectives related to the use of, and trade in, virtual currencies. These perspectives include possible macro affects, their legal standing, their regulation, money laundering and terror financing risks, taxation, and consumer protection.”

Bitcoin and other cryptocurrencies remain legal in Israel, and nothing in the joint statement seems to indicate specific policy changes yet to come. A report on CoinDesk last month noted that most Israeli regulators seemed to be adopting a “wait and see approach” to regulating virtual currencies.

The statement goes on to outline many concerns about Bitcoin for a general audience. Most of these concerns will be familiar to the Bitcoin community, citing lack of oversight and the high-risk nature of investment at the moment.

1. “Virtual currency” is not legal tender: Virtual currencies are not issued by a central bank, and are not backed by a central bank which guarantees the nominal value of currency it issues and acts to maintain confidence in it. In addition, they are not legal tender in Israel, and therefore there is no requirement to accept them as payment for any asset or service or as repayment of a financial loan.

3. Fraud and deceit: The unique characteristics of virtual currencies are liable to present fertile ground for fraudulent activities—such as Ponzi schemes, financial fraud in which investors are promised an especially high investment return within a short period of time, while in fact the fund returns which are presented as investment income are in fact paid from the money of future investors, and are only a partial return of the principal. Fraud of this type, and others, are expressed in, among other things, the use of technology, innovative products, and rapid growth of industries in order to draw in additional people to invest their funds, with the understanding that potential investors tend to be less suspicious due to a lack of familiarity with what is being offered, and their trust in the promise of the innovation offered to them. Likewise, transactions in decentralized virtual currencies cannot be cancelled, and from the moment a sale takes place, the value paid can no longer be returned. Therefore, their use as means of payment is exposed to fraud such as not supplying the product or service, in which after payment is transferred, the supplier or service provider does not provide anything in return.

4. High volatility: The value of virtual currencies such as Bitcoin is given to especially high volatility. The value of a Bitcoin, for example, increased sharply over a specific period, but it is also liable to sharply decline rapidly, as has already happened. Such volatility impacts on both investors in the virtual currencies as well as on those who wish to use them as means of payment, whether as a customer or as a supplier. This is because the volatility affects the willingness of businesses or service providers to accept such virtual currencies, in light of the fact that most of the economy continues to use the domestic currency.

5. Use in criminal activities, including money laundering and terror financing: Transactions using decentralized virtual currencies are open and are conducted directly via peer-to-peer networks. However, the sides in a transaction remain anonymous, which often makes it difficult to trace them. This anonymity is liable to be exploited for criminal activity, including money laundering, financing illegal activities, and financing terrorism. Law enforcement authorities are therefore likely to close trading platforms in virtual currencies which are used for illegitimate activities, by preventing access or use of customers’ capital, which would likely be held by those platforms.

6. Robbery: Virtual currencies are generally stored on computers or smartphones, and there have been cases reported of hacking into computers and stealing large sums of Bitcoins. In addition, their loss or a forgotten password is liable to lead to the absolute loss of the value stored on the computer or phone.

7. Loss of money in trading platforms: Virtual currencies can be purchased directly from someone who holds them, through a trading exchange or via conversion services. These trading exchanges and conversion services generally do not operate under a designated license or relevant oversight. In several cases these entities ceased their operation due to a breach by third party, and the value of the virtual currency held there disappeared. Likewise, such services expose their users to a wide range of additional risks resulting from operational instability, information security failures, and lack of regulatory certainty which characterizes their operations.

8. Lack of supervision over trade: Trade in virtual currencies is not supervised by any Israeli government authority. In this context, it should be noted that Israeli traders in Bitcoins and similar products who are listed as currency service providers at the Ministry of Finance, are not listed there with regard to trade in virtual currencies, but only to related activities. Likewise, the Israel Securities Authority does not oversee trading in Bitcoin or similar products or in securities for which they serve as their underlying assets.