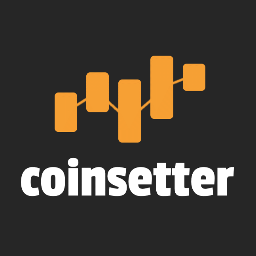 After nearly two years of testing and preparation, New York City-based bitcoin exchange Coinsetter is officially open for business. Although it isn’t the first U.S.-based bitcoin exchange by any means, Coinsetter is the first to be aimed firmly at the Wall Street Market. The exchange has been operating in beta since last November, working with handpicked institutional investors and testers to sort out the system’s kinks before opening to the public.

Coinsetter’s launch could have a huge impact on mainstream investment in bitcoin. At the moment, buying bitcoin in the U.S. is an unwieldy process, requiring either a somewhat slow bank-transfer purchase to services like Coinbase, or sending money to completely unregulated exchanges like BitStamp or BTC-e. Some new services like Circle may make buying bitcoin less of a hassle, trading bitcoin still requires dealing with exchanges outside of U.S. jurisdiction, increasing the risk of loss and fraud. Although the U.S. does have a major bitcoin exchange in San Francisco’s Kraken, banking issues and regulatory uncertainty have forced that company to do their business in euros rather than dollars. Coinsetter’s public launch marks the first opportunity many U.S. investors will have to buy and trade bitcoin under traditional financial protections.

If it lives up to its claims, Coinsetter may solve all of these problems. Located on Broadway in Lower Manhattan, Coinsetter’s office is within a short taxi ride from any Wall Street brokerage. It’s unambiguously under the jurisdiction of U.S. law, and claims to have the full blessing of their banking partners. (Although it should be noted that Coinsetter is actually incorporated in Canada.) More importantly, the company itself dates back to 2012, meaning that it existed before the crush of interest in cryptocurrency late last year.

Although Coinsetter is the first New York bitcoin exchange to launch, it is unlikely to be the last. Other parties, from itBit to the NASDAQ itself, have hinted at launching bitcoin exchanges once the regulatory landscape is more defined. With the draft version of regulations by the New York Department of Financial Services still causing plenty of controversy in the bitcoin world, Coinsetter appears to feel confident that their business will be fully compliant with the final version.